Standard and Poor's Global Ratings projects Slovakia's economic growth to be slower in 2022. 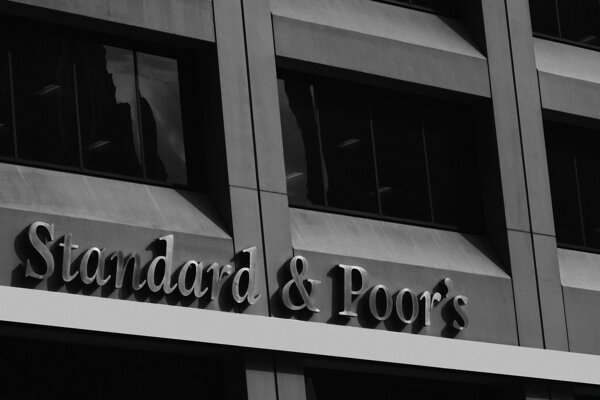 Standard and Poor’s Global Ratings, a credit rating agency, revised the outlook on Slovakia to negative, citing a worry over the lower level of economic growth and post-pandemic fiscal consolidation due to the invasion of Ukraine.

Rising energy prices could also lead to a slowdown in the manufacturing sector.

However, the agency affirmed Slovakia’s A+ rating, the Finance Ministry wrote in a press release.

The rating agency praised Slovakia’s low debt, the implementation of expenditure ceilings and parts of the pension reform, as well as the well-capitalised banking sector.

Despite fiscal measures, the agency expects public debt to remain modest. The debt should come under 60 percent of GDP by 2025. The rating agency’s analysis also suggests that the maximum use of EU Structural Funds and the Recovery Plan could increase Slovakia’s GDP from 3.4 percent to 10.9 percent.

The outlook could be revised back to stable if the economic and fiscal consequences of the Russian-Ukrainian conflict prove to be manageable and without signs of long-term consequences for the Slovak economy, according to the rating agency.

However, the S&P Global Ratings draws attention to the risks that the war in Ukraine may bring in the near future, as a result of which the rating agency revised its forecast for the growth of the Slovak economy for 2022 from the pre-war 4.7 percent to 2.1 percent.

On the contrary, the rating agency considers membership in the euro area to be a strong point, which reduces the risks in Slovakia's balance of payments.

In late March, Fitch Ratings affirmed Slovakia’s long-term rating at A with a stable outlook.