Ex-special prosecutor Kováčik will no longer serve as prosecutor. 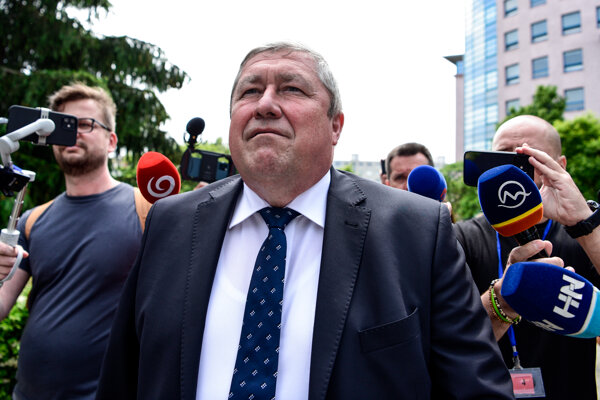 General Prosecutor Maroš Žilinka will dismiss Dušan Kováčik, as required by law, following a Supreme Court verdict from May 24, which delivered a prison sentence and fine to Kováčik for accepting a bribe of €50,000 and exposing information from case files.

During the criminal prosecution, Kováčik was temporarily suspended.

Following the ruling, politicians have started sharing their reactions to it.

The largest coalition party, OĽaNO, said that the verdict “is clear evidence of the breakdown of the rule of law” when former prime ministers Robert Fico (Smer) and Peter Pellegrini (Hlas) were in power.

“It is not enough to have good laws and institutions in the state. We mainly need quality people who represent these institutions,” Deputy Speaker Gábor Grendel (OĽaNO) said.

According to Anna Zemanová, chair of the coalition party SaS’ parliamentary caucus, the conviction of the former special prosecutor is good news, saying it shows that law enforcement works well, and the courts can make just decisions. However, she did not comment on the reduction of the sentence from the initial 14 to eight years, the TASR newswire wrote. In her opinion, verdicts must be respected.

Alojz Baránik of SaS said that Dušan Kováčik had betrayed his promise to uphold the law and be an extended hand of justice. “The betrayal of these ideals of democratic Slovakia has caught up with him today,” he said.

Za Ľudí chair and Investment Minister, Veronika Remišová, wrote on Facebook that Kováčik betrayed his mission as special prosecutor, calling him “a sweeper” of corruption scandals during the rule of Fico’s Smer party. She added that his conviction is a symbol, explaining that the untouchable representatives of the corrupt system “should fear justice” after many years.

Several politicians have stressed the independence of courts.

Yet, the Smer party said Kováčik has become the first victim of exploiting the law for political purposes. The party questioned the ruling of the Supreme Court senate. “It is a senate associated with numerous human rights violations,” the party wrote in a press release, as quoted by TASR.

The party added that the ruling is based on the testimonies of cooperating defendants.