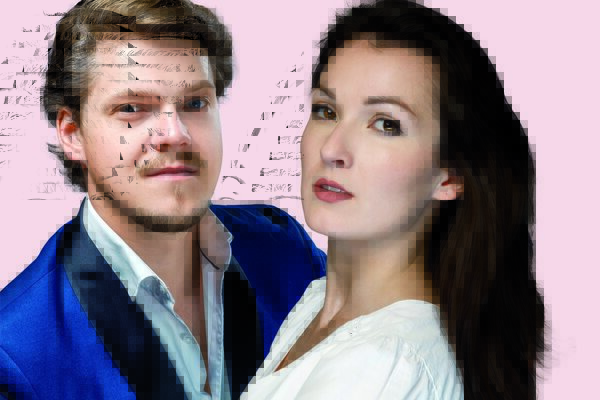 Music critics labelled Zámečníková as the new Anna Netrebko after her portrayal of Poppea in Claudio Monteverdi’s “The Coronation of Poppea”. Kellner has been recently praised by The New York Times for his stage debut at the New York Metropolitan Opera. He portrayed Colline in Giacomo Puccini’s “La Boheme” there.

The concert, which is part of the Great Slovak Voices cycle, will take place on June 20 at the Slovak Philharmonic’s concert hall.

Zámečníková - after studying at the Hanns Eisler Academy of Music in Berlin - began her career at the Berlin State Opera. When she came from Berlin to Vienna in 2020, her first role - Norina in Gaetano Donizetti’s opera “Don Pasquale” - was a big success.

Her singing career suggests that she could follow in the footsteps of great Slovak sopranos, such as Lucia Popp, Edita Gruberová and Gabriela Beňačková.

Kellner studied singing at the Košice conservatory and continued his journey at the Mozarteum in Salzburg and at the University of the Arts in Graz.

His first engagement was at the local opera. In 2018, he became a member of the Vienna State Opera. In addition to Vienna, where he appears in several bass roles, Kellner is a frequent guest at the London Royal Opera.

A bit of Africa

The concert had been shifted twice, after lockdowns forced a cancellation of the first planned appearance of Yende in Bratislava in 2020.

The performance was part of the World’s Opera Stars program, offering a range of musical personalities from all over the world and presenting them before a Slovak audience.