Echoes of history in eastern Slovakia

There are some eerie parallels between the region's past and Ukraine's more recent travails. 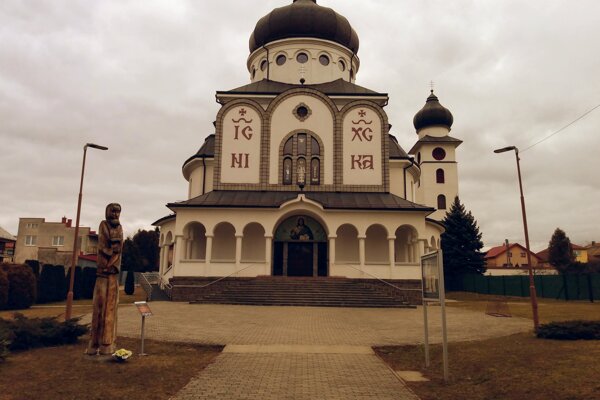 I recently took a break from refugees for a day and visited the past, which is never far away in Košice, or anywhere else in eastern Slovakia. Juraj Kresila, an education professor from nearby Prešov University, picked me up.

Within blocks, that past intervened. The Thália theatre, housed in a former school gym in Košice, still celebrates Hungarian culture in this hometown of the great Hungarian writer Sándor Márai, who – an indication of the strength of Magyar culture in early 20th-century Košice – never learned a word of Slovak growing up here a little over a century ago.

“I think Hungarians still think it is theirs,” she said. Though a Slovak Rusyn like Slezáková, Kresila had a different take.

“There’s an interesting parallel between Russian-speaking Ukrainians who don't sympathise with Russia’s invasion of Ukraine, and Hungary’s 1938 takeover of southern Slovakia,” he mused. “Both had a taste of democracy. It wasn’t perfect democracy in Czechoslovakia, just like Ukraine’s after 1991, but they [local Hungarian-speakers] no longer had an interest in returning to the authoritarian Hungarian regime.”

I had not even heard of the March 12-17, 1939 Hungarian-Ukrainian and subsequent March 23-31, 1939 Slovak-Hungarian “little wars” – though I had heard that, by 1945, residents of the border region were in some confusion as to whether they’d end up belonging to Czechoslovakia, Hungary or the Soviet Union.