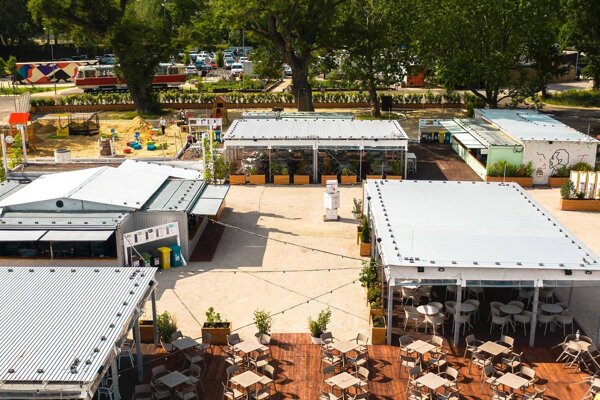 The Tyršák city beach on the Petržalka (i.e. south) bank of the Danube in Bratislava's city centre reopened its gates to the public on Thursday, May 26. It will be open, free of charge, until October.

“I like the lazy atmosphere on the city beach, with probably the best view in Bratislava,” said Viera Petríková, a regular visitor to the city beach for years. “I take all my foreign visitors here and they love it.”

In addition to the traditional offer of food, drinks and sport-and-leisure opportunities, this year also brings several novelties. These include extension of the children’s sand zone, with a new playground. Activities for children will be complemented by a trampoline centre. The city beach will also be greener thanks to new grassy areas, flowers and hedgerows surrounding the area. 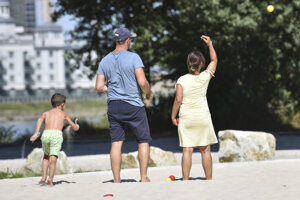 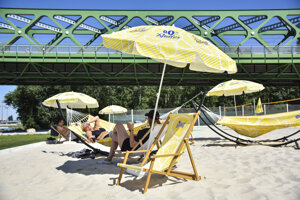 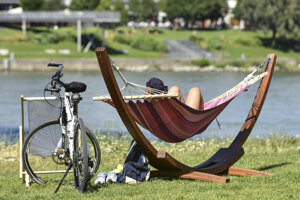 Also this year, the city beach will support local artists and designers. There will be performances for children, trivia quizzes and a summer cinema, as well as discussions on current topics and lectures. The atmosphere will be complemented by a music programme, including live concerts.

All bio-waste that is produced on the beach will be composted, and sorting and separation of waste should occur as a matter of course. Each food stand uses compostable dishes. The greenery on the city beach is also watered by rainwater.

The Tyršák city beach will be open until October 2. Its winter edition, with a Christmas theme, should open from mid-November.