The decision was made based on a complaint of defamation in a question. 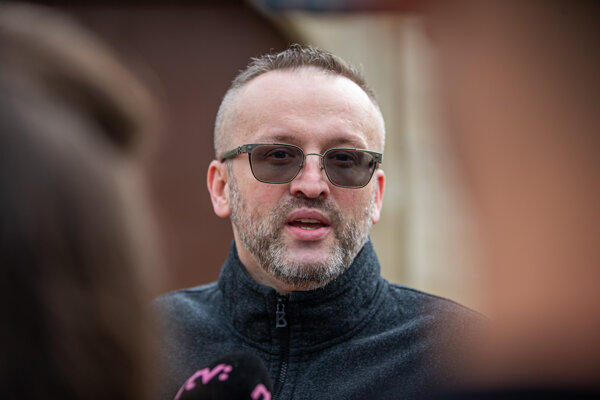 The Pčolinský family has filed a defamation lawsuit against the Denník N daily. The court ordered the daily to withdraw an interview with the prime minister that the family objects to before the final verdict is made in a case concerning Vladimír Pčolinský.

In an interview with Denník N on March 16, 2022, reporter Monika Tódová asked PM Eduard Heger (OĽaNO) whether the Slovak Information Service (SIS) is neglecting work because it is instead working to "save its former boss". The former boss is Vladimír Pčolinský, currently facing criminal prosecution in a case of alleged bribery.

Pčolinský and his family insist the question is an "untrue factual statement", and that it was defamatory.

"Spreading this kind of untrue statement that is nothing but a deliberate and ironic expression of the personal and biased opinion of the journalist about the work of the SIS leads to the violation of the rights of the claimants," cited the Bratislava III District Court from their complaint in its decision on May 11.

The lawsuit was filed by Vladimír Pčolinský along with his wife Adriana Pčolinská, his brother Peter Pčolinský (both MPs of the coalition Sme Rodina), his mother Marcela Pčolinská and his other brother Lukáš Pčolinský.

They demand Denník N pay €50,000 in damages, €10,000 to each of the five people who filed the lawsuit, the daily reported. They also demand an apology to be published on the Denník N website for a month.

On May 31, 2022, the daily deleted the text of the interview from its website following an interim measure issued by the court.

Denník N publisher noted that the main predispositions to issue the interim measure were not fulfilled and that the measure is an undue interference with the fundamental right to freedom of expression and free spreading of information. The interview contained 64 questions; the claimants only objected to one of them. The court, however, ordered the daily to withdraw the whole interview and video.

Vladimír Pčolinský said they decided to file the lawsuit due to recurring untrue information presented by some journalists, "to at least symbolically show those journalists that they cannot deliberately spread lies and bear no responsibility for it."

"Vladimír Pčolinský decided to protect his name in court, but the problem he faces is not that newspapers write about him, but rather the serious allegations he faces," Denník N editor-in-chief Matúš Kostolný wrote.

Beata Balogová, editor-in-chief of the Sme daily who is also a member of board of the International Press Institute, sees the court decision as a dangerous precedent.

"Questions that offend or displease somebody, or even subjective questions, will occur in many critical interviews. Does that mean we will have to withdraw them?" Balogová wrote. Politicians have other avenues to react to the media, and court orders should be the very last resort.