The retrial of the Kuciak murder case continued with the testimony of the main witness whom the court doubted in its first verdict. 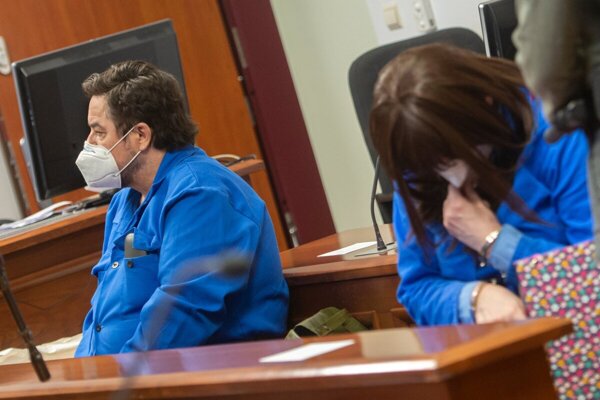 "She created an alibi for herself, because it had worked for her before regarding the murder of Mr Basternák," one of the major witnesses in the case of the murder of journalist Ján Kuciak and his fiancée Martina Kušnírová told the court on June 6.

He referred to the many text messages that the defendant in the case, Alena Zsuszová, sent him after the murder. The messages refer to a loan, though Andruskó insisted that he did not borrow money from her.

Zsuzsová, on the other hand, interprets the messages that are now part of the evidence in the case as perfect proof that Andruskó is lying, and insists that he owed her €20,000. "None of my messages were a fabrication," she claimed as quoted by the Sme daily.

The retrial of the Kuciak murder case has been on at the Specialised Criminal Court since late February this year, after the Supreme Court decided to return the case to the original court. The Specialised Criminal Court subsequently decided to connect the trial with another – the case of the planned murders of prosecutors. Five people face charges in this case including Kočner and Zsuzsová, Tomáš Szabó, Dušan Kracina and Darko Dragić.