The pre-war steam locomotive, which will come out just once this year, is the only one of its kind still running. 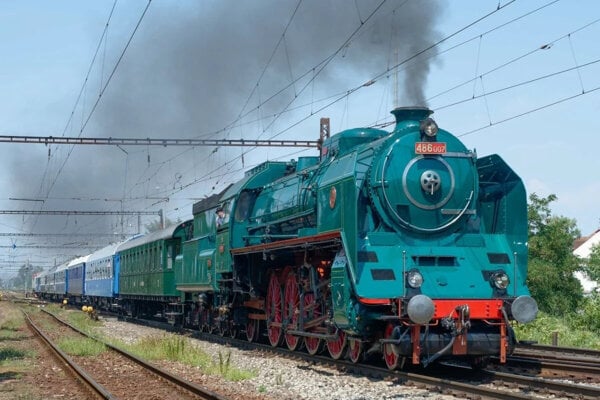 The strongest pre-war steam locomotive called Zelený Anton (Green Anton) is back on the tracks. People will have a chance to take a ride on the train in mid-June. As the locomotive only runs sporadically, the ride is a unique and special experience.

The regional tourist organisation Touristic Novohrad and Podpoľanie (OOCR TNP) is organising a ride on the locomotive which was repaired in 2018 on June 18. Immediately after the reconstruction, it ran on the 100th anniversary of Czechoslovakia, as a presidential train which originally used to transport presidents.

This year, it will leave the depot only once as the Novohradský Express on June 18 – exactly on the 151st anniversary of the railway between Zvolen and Lučenec.

“A train drawn by a steam locomotive of the 486 series with production number 007, bringing to mind the well-known agent James Bond, and which is also the only functional specimen in the world, will take people in Zvolen (departure at 8:35) and take them via the stops Detva, Kriváň, Lovinobaňa, and Lučenec to Fiľakovo (arrival at 11:02),” said director of OOCR TNP Tomáš Krahulec. The return trip to Zvolen will leave at 15:17.

It is possible to purchase tickets for this ride online at the website zahoramizadolami.sk where a complete schedule of the train ride is published as well.

Learning about the history and region

The experience itself does not end just with the ride. Travellers will have some time to spend in Fiľakovo in southern Slovakia. After showing the ticket from the train, they can visit the Fiľakovo castle for free and enjoy a guided tour. Besides the castle exhibition, there is an anti-aircraft shelter in the castle rock. Local producers will also present their products.

“Besides the castle, we have also prepared a guided tour of the church which, after the reconstruction of the interior with its paintings, is another unique attraction of this region, worthy of admiration,” Krahulec said. 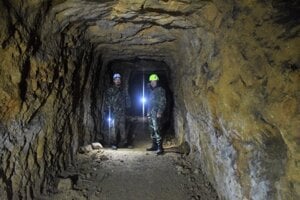 Zelený Anton, after stopping in Fiľakovo, will transport interested people to Lučenec and back.

The return ticket will cost €5 and it is possible to purchase it on the spot in Fiľakovo. The Fiľakovo-Lučenec-Fiľakovo run will be free for children younger than six but children can travel only accompanied by an adult. The band Traditional Dixie Stompers will ensure a good atmosphere. 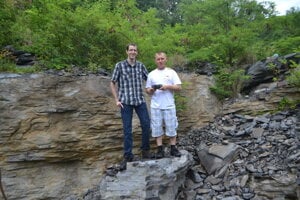