Cycle on an old railway to Poland

The location of Trstená provides a glorious view of the mountains, perfect for an easy bike, walking a stations of the cross path, or snacking on locally produced Orava potato chips. 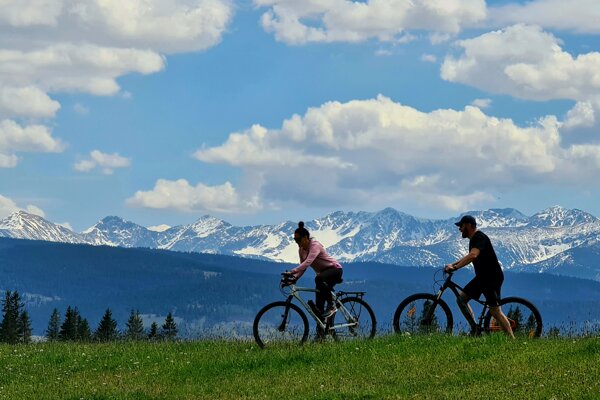 Immediately upon arrival to this small Orava town it can be seen that the locals try to set themselves apart from the surrounding. Huge, recently-built letters spelling Trstená stand on a hill, overlooking the surroundings below. An educative path connects it with the centre. Moreover, there is the Orava Dam (almost two thirds are under administration of the local municipality) and other attractions of northern Orava and the nearby Polish Tatras. The town and its close surroundings are ideal for a day spent outside on bike or on foot. Not only are there physically-demanding activities, but also places for those seeking peace and spirituality. In the centre, there are several rarities which will catch tourists’ attention; let’s take a look.

Heading east from near a square in Trstená next to the Oravica river leads along a cycling route through slightly undulating terrain to Poland. In Slovak territory, the route has some 14 kilometres, those who would like to continue to Nowy Targ in Poland have to pedal 36 kilometres.

The cycling route is from light to medium difficulty, said enthusiastic cyclist Miroslav Čech, who estimates he rode this path maybe 200 times. He uses it as a training route and measures his physical condition on it.

“Beginners should be able to manage without any problems – at least to the Polish border,” said Čech. He estimates that the fastest ones should be able to go to the border and back in about an hour and a half while weekend cyclists will need about two hours.

The cycling route was created on the embankment of a former railway. Čech also speaks about beautiful panoramic views on the Western Tatras and Babia Hora and Pilsko. 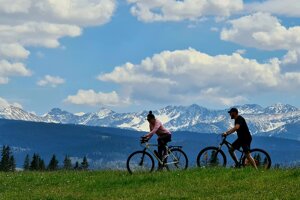 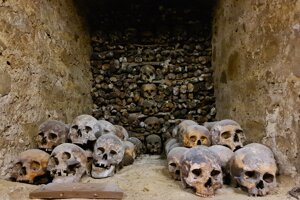 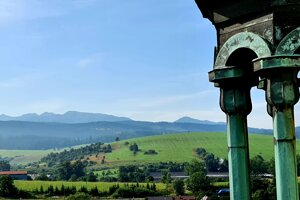 It is possible to stop for a break behind the village Liesek, where there is a nice view as well as desk. The desk depicts the names of all the Tatra peaks visible from the spot.

“During the journey itself, you are not bored because there is still something to look at,” Čech claimed and emphasises variability of terrain which is sometimes missing even on better-known cycling routes in Slovakia.

Where to go next after returning to Trstená? Nobody should miss the newly-built Calvary and hill named Bubeník.

Visitor will find here 15 stops about 100 metres apart leading from south to north. The town would like to build a lookout tower here in the future. In the meantime, there is a swing near the last, fifteenth stop, which provides a nice view.

Here, a stations of the cross path crosses the educative path. The path runs east and ends in Bubeník hill with a place to sit and a fire ring.

There is not only a view waiting on the hill for visitors but also letters similar to the ones overlooking Hollywood; the local one reads TRSTENÁ.

Connecting both relaxation and spirituality in such project is rather exceptional in Slovakia.

“Visitors will experience a small pilgrimage and walk, uplift and encouragement for their life and easy meditation connected with exercise when walking up,” said parish priest and dean from the Roman-Catholic parish in Trstená, Juraj Spuchľák.

The aesthetic work and mosaic texture of the paintings of the stations show not only the stability of the exhibition but also a monumentality which the town of Trstená deserves, the dean opined.

In a crypt and on a tower

In the city centre you will definitely not miss the parish church of St. Martin, which is the dominant feature of Trstená. Local historian Marek Ďurčo, and an employee of the tourist information centre, explained that the area also includes a church enclosure, which houses a total of ten historical confessionals from the mid-18th century.

"These brick confessionals form a unique thing of the town and the region of Upper Orava with the message that Trstená, in the past and in the present, was and is a Marian pilgrimage site," said Ďurčo. In the interior of the church, the image of the Madonna and Child, which is a copy of the miraculous image, draws attention to the main altar. Lithuanian troops took it from the city as war booty in the 17th century.

Various local and world artists perform songs at the impressive local organ, especially during the Trstená Organ Autumn, which takes place every year over three Sundays in September.

Tourists should not miss a visit to the crypt under the presbytery of the church, where there is not only a small ossuary but also coffins, which were painted with various floral and ornamental motifs.

"Few people know that part of the parish church complex is the historic entrance gate building from about the middle of the 17th century, where there is a pit of shame," said Ďurčo. According to folk tradition, the pit served as a public prison for perpetrators. The city council sentenced them either to a fine or to public exposure in a pit covered with an iron grid.

The tower of the parish church offers a view of the surrounding area and beautiful nature.

The last stop is the Municipal Museum – Vilčekova Kúria – where a permanent exhibition of the Orava clay nativity scene with approximately 500 figures is installed.

"It is basically a unique Slovak specimen, which was created by the Hoľmovci brothers and their collaborators. The creation of this nativity scene took almost seven years," explained Ďurčo.

For a good meal, stop at Roháč Hotel on the square, but desserts and ice cream at the nearby Halimi or U Václavíka patisseries will also be good.

It is possible to buy refreshments in the local pub Žaba or in the Hostinec u troch hodinárov. In the former you can taste the Bear, a drink of local regulars. A bold combination of beer, red wine, rum and coke usually has a strong effect. It is safer to enjoy traditional Orava potato chips produced by the Trstená agricultural cooperative. Their shop is on the bus platform together with cheeses and korbáčiky (type of semi-hard or medium-hard string cheese), but you can also taste them in the aforementioned Hostinec u troch hodinárov.

The article has been brought to you thanks to a partnership with the Žilina Tourism Region and implemented with the financial support of the Ministry of Transport and Construction of the Slovak Republic.