The authorities need to deal with segregation of Roma, use of minority languages in public, and online hate speech, the Council of Europe's committee advises. 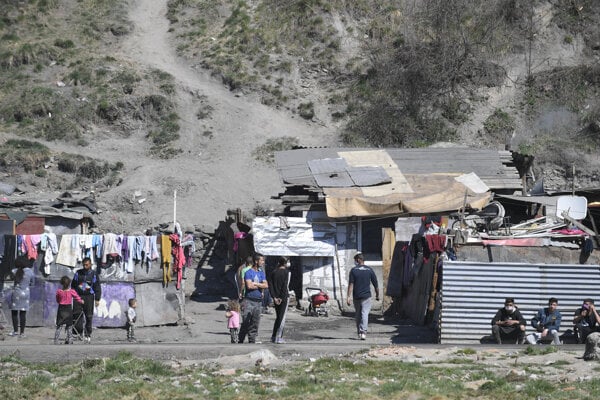 Slovak authorities should ramp up their efforts to eradicate discrimination of Roma children in education and to improve the mechanism for supporting national minorities, the Council of Europe’s advisory committee advises the country.

The Council of Europe’s Advisory Committee on the Framework Convention for the Protection of National Minoritiespublished its Opinion on Slovakia on June 15, 2022. In it, the committee urges the Slovak authorities to eradicate discrimination of Roma children in education and to improve the mechanism for supporting national minority cultures.

The committee expressed its concern especially regarding the Roma minority. While it praised the strategies, action plans, and the Atlas for Roma communities as properly identifying disadvantages Roma face, as well as strategic priorities (desegregation,deghettoisation and destigmatisation), it pointed to the fact that most of the programmes and projects rely extensively on EU funding.

“Increased state funding is necessary to ensure sustainability and long-term impact on the living conditions of Roma and their access to rights, especially in education, health, and housing areas,” the opinion reads.

Roma communities face spatial segregation from the majority, the committee noted and suggested implementing a sustainable housing policy in order to eliminate it.

Particular concerns have been raised about thesegregation of Roma children at schools in Slovakia. Most of them are sent to special classes or to schools for pupils with mild mental disabilities and low-standard programs. According to the committee, cases of forced sterilization of Roma women should be investigated too.

The committee expressed concern about hate speech on the internet and social networks, in particular against the Roma and the Hungarian minorities.

While the legal framework on hate crimes and hate speech is rather comprehensive, the Criminal Code lacks “language” among special motives of discrimination and does not include a sufficiently clear definition of a hate crime, the committee opined.

The committee appreciated the public apologies concerning past atrocities, as well as the condemnations and sanctions for hate speech in parliament and in the media.

In November 2021, the government apologised for the coercive sterilisation of Roma women under the communist regime and in the years that followed. In a resolution that parliament adopted on March 25, 2022, marking the 80th anniversary of the first transport from Slovakia to Auschwitz, MPs asked for forgiveness from those who survived, and from the relatives and descendants of the victims.

"Public condemnations of racism and hate speech should, however, be more systematic," the opinion reads.

While the committee recognised some improvement in Slovakia’s policy on national minorities, it maintains there is still a lot of work to be done, particularly regarding the practical implementation of the legislation that for now “remains weak”.

In its opinion, the committee welcomed that in recent years funding of minority culture and media have considerably increased. Yet, the support wasn’t strengthened for each of the 13 minority groups in Slovakia in the same way, the committee opined.

The problem is with using minority language in public; the committee advised training staff in municipal offices to use minority languages in order to make official communication easier, at least for the issuance of birth, marriage and death certificates.

Moreover, the offer of education in minority languages should be extended, in particular in areas where Ruthenian and Ukrainian are spoken.

The committee urged the Slovak authorities to provide sufficient human and financial resources to the Public Defender of Rights (ombudsman) and to increase this institution´s independence and mandate so it can perform its role effectively, including the investigation of alleged police brutality.

For now, however, Slovakia does not have an ombudsman after Mária Patakyová left the post when her term expired at the end of March 2022. Parliament has yet to vote on her successor. The original deadline to propose candidates for the post was February 25, but it was first postponed until May. In early June, the parliament postponed the vote again, until its September session. The deadline to submit candidates is August 27.

Over the course of May alone, the Office of the Ombudsman received 108 complaints. In total, there were 179 complaints waiting for the new ombudsperson. 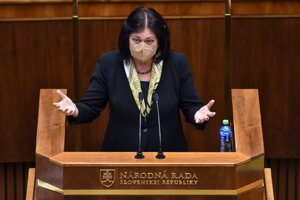