Speaker of Parliament Boris Kollár sees no problem in paying for content on the website that was banned and has proven links to Russian propaganda. 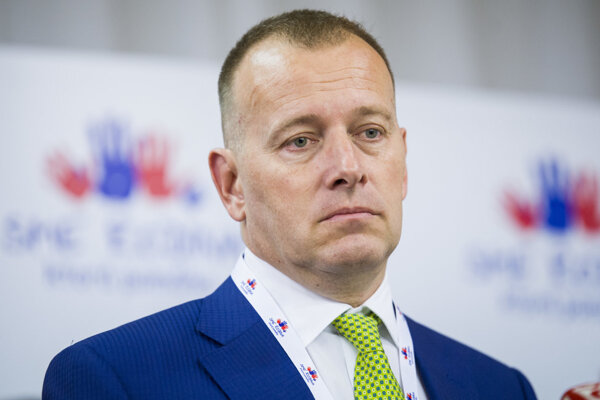 Boris Kollár's name can no longer be featured in the title of his party. (Source: TASR)
Font size:A-|A+  Comments disabled

One of the four parties of the current ruling coalition, Sme Rodina of Boris Kollár, paid almost €90,000 to disinformation websites that have since been banned.

The Hlavné Správy and Hlavný Denník have both been suspended on grounds of disseminating hoaxes and harmful pro-Russian propaganda as part of the government’s anti-hoax measures from March, after the Russian invasion of Ukraine.

Using the Newton media archive the Sme daily now found that both websites have published many articles bordering on PR, supporting either Sme Rodina or its leader Boris Kollár, who serves as the speaker of parliament. None of the articles were marked as advertisement or PR texts, which is standard for serious media, Sme noted. Moreover, many did not have an author. Other stories, with proper signatures, were published as regular news though they used language explicitly supporting Kollár.