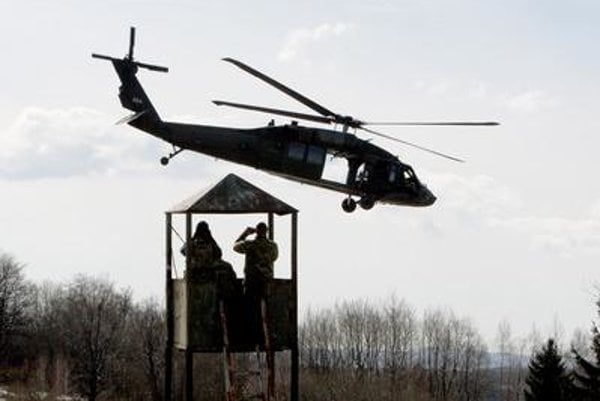 All the donated military equipment has already been safely delivered to Ukraine, Defence Minister Jaroslav Naď (OĽaNO) confirmed after the meeting of NATO defence ministers in Brussels late on June 15.

The shipment included four Mi-17 helicopters and one Mi-2 helicopters, and 122 mm rockets for the Grad system.

Slovakia has provided military aid to Ukraine since the Russian invasion of the country with a number of donations and contracts so far.

Before that, Slovakia provided its old S-300 air defense system to Ukraine. Other than military aid, Slovak volunteers helped to ease the humanitarian crisis at the Slovak-Ukraine border shortly after the war started.

Most of the donations won’t cost Slovakia anything, the defence minister reiterated.

“This act of helping Ukraine – along with help from Slovakia provided so far – will be covered from the European Peace Facility, which is the EU’s way of showing solidarity towards Ukraine,” Naď said as quoted by the TASR newswire.

The European Peace Facility is an off-budget fund set up by the EU Council in 2021, worth approximately €5 billion for the period of 2021-2027, to be financed through contributions from EU member states.

The five helicopters that Slovakia sent to Ukraine have already been substituted by newer machines: the UH-60M Black Hawk.