Four killed in a fire in central Slovakia

About 150 people needed to evacuate, some with the help of firefighters. 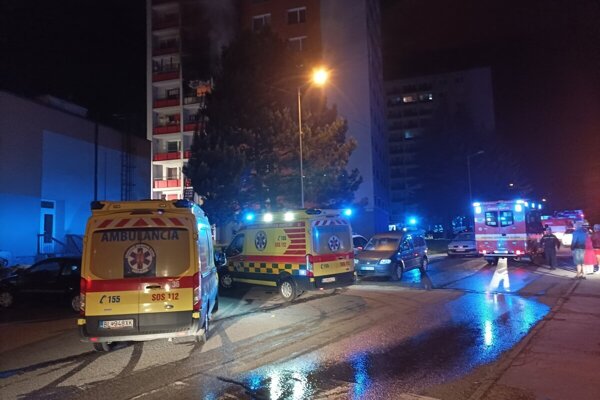 Dozens of people had to evacuate last night after a fire broke out in a block of flats in the central-Slovak town of Handlová. Four people died in the fire.

The causes of the fire remains unknown for now and will be a matter of investigation. The fire started on the fifth floor in a block of flats in Handlová, Trenčín Region, confirmed Igor Šenitko - the head of Regional Management of the Firefighters and Rescue Team for MY Horná Nitra. 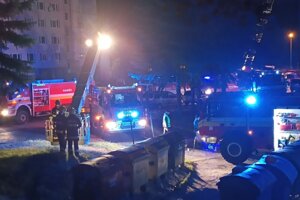 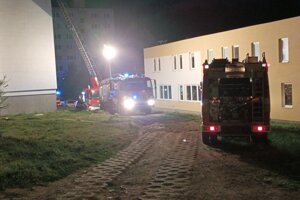 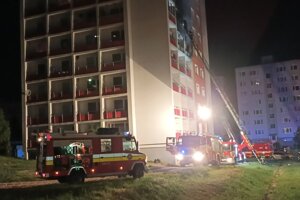 Firefighters from most parts of the region were needed, volunteers included.

By the time the rescue teams turned up, the residents were awake but only some managed to escape the building before the rescuers arrived.

The firefighters’ help was mostly needed on the higher floors near the epicenter of the fire, since bodies or fire and heavy smoke had blocked the exit route. Approximately 150 people were evacuated, not counting those before the arrival of the rescue teams, said Šenitko.

The fire destroyed two flats, spreading to the sixth floor

The evacuated people, especially those with damaged flats, are under firefighters’ protection for now. Some have found temporary shelter on the firefighter evacuation bus, others seeking shelter in family and friends. “We’re concerned with the evacuated people; we’ve transported them to a hotspot initially established for Ukrainian refugees,” said Silvia Grúberová, Handlová mayor.

The town is ready to help those hurt by the fire, adds Grúberová.

The local authorities have provided material aid. A team of psychologists from Bratislava was called in to provide relief.