It turns out the sculpture, which stands in the capital's biggest borough, does not currently belong to anyone. 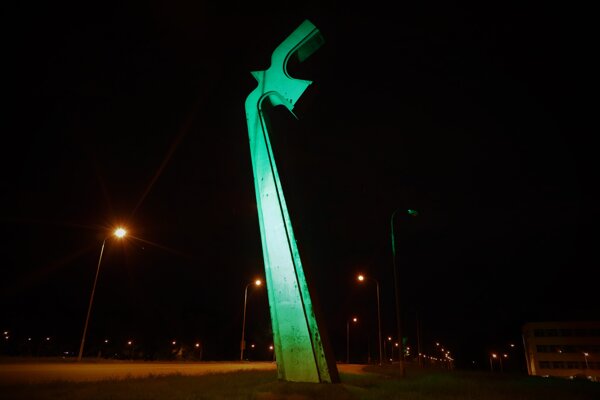 The Bratislava borough of Petržalka has restored one of its most famous monuments, an 18-metre-tall steel sculpture called the Dove of Peace. The artwork, designed by Karol Lacko, stands at the intersection of Dolnozemská and Betliarská Streets. There is still scaffolding around it, which will be removed next week.

In the process of renovating it, the borough discovered that no one seems to actually own the statue, and so is trying to obtain formal possession. The fact that it stands on private land further complicates the situation.

During the previous communist regime Bratislava was dubbed "City of Peace" and developers were obliged to spend a portion of their budgets on pieces of art in public spaces.

“We are pleased that after many years we managed to obtain the necessary money to restore the sculpture and find the necessary experts within a very short time, and also to carry out the reconstruction,” Mária Halašková, spokesperson for Petržalka said, as quoted by the TASR newswire. 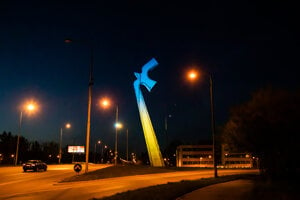 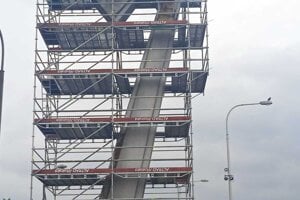 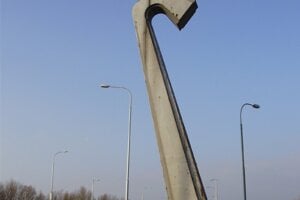 No major damage was found on the fabric of the sculpture, and it remains structurally sound. Its entire surface was sanded from the outside and inside by so-called brushing, so that the new coat of paint would adhere better to the surface. Its rusted surfaces were also cleaned and treated. The work cost approximately €23,000, of which €7,000 was a subsidy from the Bratislava Self-Governing Region (BSK). The rest was financed from the borough's own budget.

“The response from residents and visitors is mostly positive,” said Halašková. “Many appreciate that Petržalka is gradually investing more and more in the restoration of the cultural monuments located on its territory, whose number is rather low.”

The borough’s priority is to take the sculpture into its ownership. It says that it will take all the necessary steps as soon as possible, although it realises that resolving confused property relations, a legacy of the change in regime more than 30 years ago, is typically a “long-distance run”.

At the same time, the borough plans to light up the sculpture in the future, as it did recently in solidarity with Ukraine. It is currently lit with a green light, i.e. the colour of the borough, announcing the upcoming Petržalka Day 2022 event.

The Dove of Peace was created by sculptor Karol Lacko in 1984. At the time, the steel structure cost 153,880 Czechoslovak crowns. Last year, it was added to the capital's official monuments list.