Try a historic ride in the Tatras 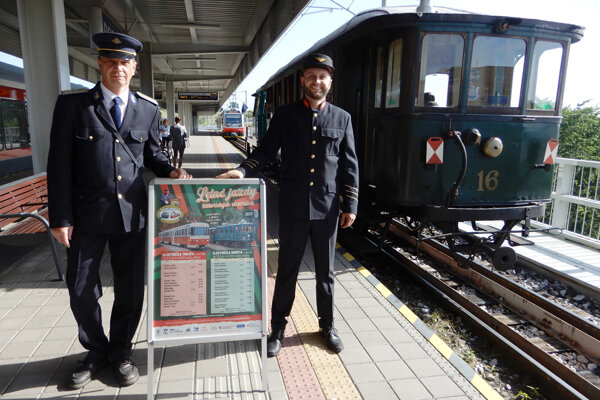 Tatra historic trams have entered the new summer season. On June 19, they conducted the first ride between Poprad and Štrbské Pleso.

“Temporarily, however, Kométa's electric vehicle will be replaced by a slightly younger veteran, the "TUčko" engine locomotive from 1968,” said Ján Sabaka from the Veteran Club of Railways in Poprad, as quoted by the TASR newswire. “We have detected a malfunction in the transmission at Kométa, and it will be repaired in the coming weeks.”

TUčko will be hauling the original historic wagon of Kométa TEVD 16 from 1911. Sabaka assured that as soon as the repair was completed, the popular Tatra legend would return to the track.

“We disassembled the transmission and we found out that we would have to make new gears,” Sabaka said, as quoted by TASR. “It is the driving segment that drives the machine and it is the part of the locomotive that must be in 100 percent condition because, in the event of damage, we would stay damaged on the track. We have currently designed new gears that are being produced; I believe we will soon put Kométa back on track.”

Rides of historic trams in the High Tatras are supported by the High Tatras Region, Northeast Slovakia and Slovakia Travel organisations. Sabaka believes that thanks to them they will be able to increase visits to the region.

"Historic trains are experiencing a big boom all over Slovakia and this transport will definitely refresh summer in the Tatras," he said, as quoted by TASR. Passengers can buy tickets online or directly from the guide. Departure from Poprad is always scheduled at 9:25 am.

The Tatras also officially opened the summer tourist season with this event, believing that after two years of pandemic, more visitors will find their way to the region.

"We are glad that after those difficult years, strict measures are more or less a thing of the past, and that the summer can start in full swing," said Lenka Rusnáková, director of the High Tatras Tourism Association, as quoted by TASR.

Locals have prepared several concerts and sports events for tourists over the summer, and the popular children's festival Medvedie dni na Hrebienku (Bear Days at Hrebienok) will return to the High Tatras at the end of July. 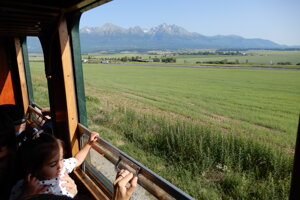 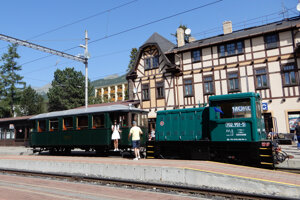 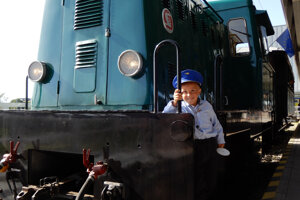 "It is undergoing a major overhaul,” added Dušan Slavkovský, director of the High Tatras Mountain Resort, as quoted by TASR. “Thanks to the larger capacity, transport to the Start station should be more comfortable and at the same time wait times should be minimised in the event of a greater interest in transport.”