Village unknown to many, but a good point to start trips. 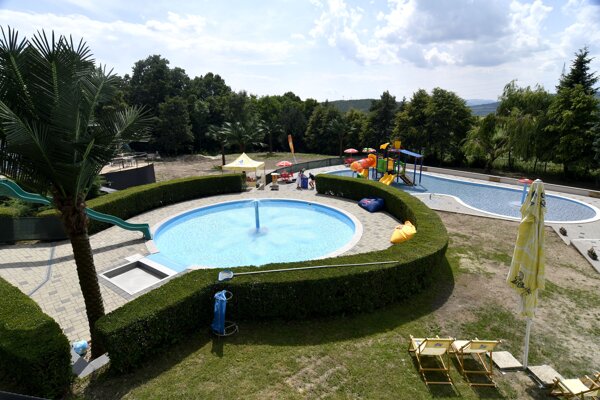 Three pools containing salty water and now a new pool for children is attracting visitors to the recreational compound in the eastern-Slovak village of Veľaty.

The reconstruction of the compound was divided into three phases. In the first, a relaxing 25-metre pool with a depth of 130 centimetres, where the whole family can swim, as well as a round children's pool, was renovated.

The family compound has been operating since the 1960s, first as a caravan park and in recent decades as a recreational compound connected to the historical spring of Slaná studňa (Salty Well) in Veľaty. In addition to the renovated salt pools, it includes accommodation and bicycle rental. The compound is managed by the fourth generation of the Rusňák family.

“We have currently completed the second stage and, thanks to subsidies from the region, we are opening another third swimming pool, which is also suitable for very young children,” said Slavomír Rusňák, owner of the Aqua Maria Veľaty compound, as quoted by the TASR newswire.

The pool's depth gradually increases from zero to 45 centimetres.

“The history of the local salt spring is a phenomenon for which this place deserves to be on the map of summer holiday destinations," said chairman of Košice Region, Rastislav Trnka, as quoted by TASR. He believes that the swimming pool in the area will provide a good foundation for multi-day holidays not only for Slovak, but also for foreign tourists. 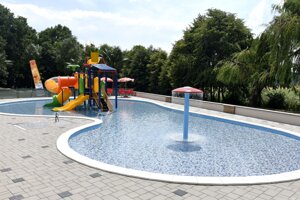 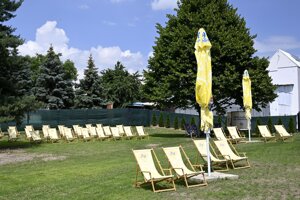 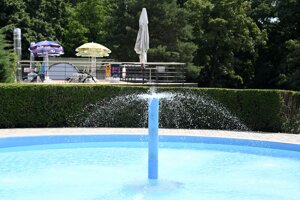 “You can take trips in any direction from here. Interesting features include the Slanské Hills with Slanec Castle and the Izra mountain lake, the entire Tokaj region with its vineyards, or the Vihorlat Forest included in the UNESCO World Heritage List," Lenka Jurková Vargová, from the Košice Region Tourism organization, offers tips for trips as quoted by TASR.