Interview with Justice Minister Mária Kolíková and unemployment in Slovakia is the lowest since Covid-19 hit Slovakia.

Good evening. The Monday, June 20 edition of Today in Slovakia is ready with the main news of the day in less than five minutes.

Košice refuses to give up house 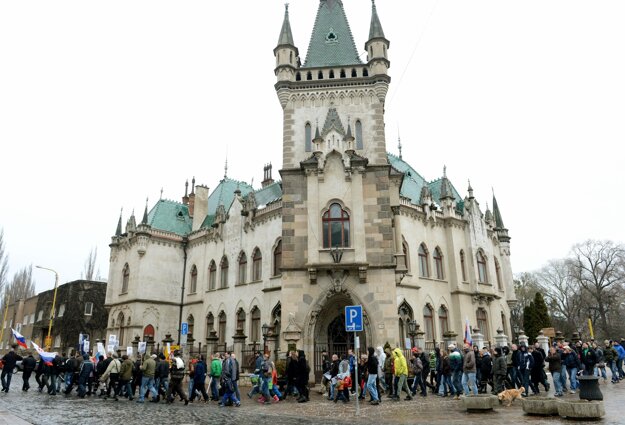 Due to constant legal disputes, Košice has not been able to make Jakab's Palace, a 1903 building, available to the public for 21 years.

Its owners, who live in Brazil, will soon visit Košice. They would like to enter the place and see it from the inside, but the city may prevent them from doing so.

For several decades, the city has been fighting for ownership of Jakab's Palace. The battle is lost. However, the authorities want to appeal to the Supreme Court.

Jakab's Palace is the first monument visitors to the city see in the historical centre when they arrive from the main railway station. 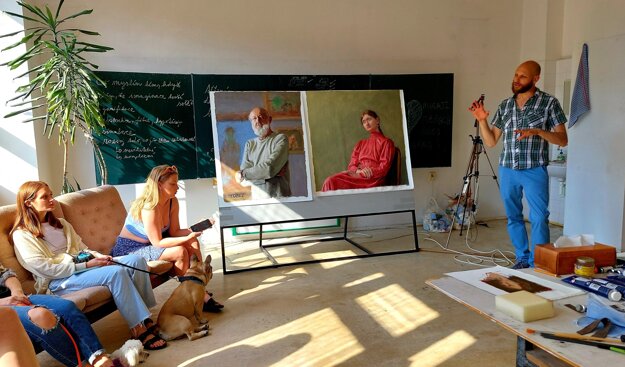 Israeli artist Menachem Edelman-Landau recounts his experience linked to the town of Banská Štiavnica, central Slovakia, during a "fjúžn" walking tour on June 11, 2022. He ended the tour in his studio. (Source: Peter Dlhopolec for The Slovak Spectator)

Menachem Edelman-Landau, a filmmaker and painter from Israel, came to central Slovakia in winter 2018 to paint a mural linked to a story that dates to ancient Greece.

Instead of his one-month stay, which was his initial plan, he has been living in Banská Štiavnica for much longer. The painting is to blame, but his story only starts from there. 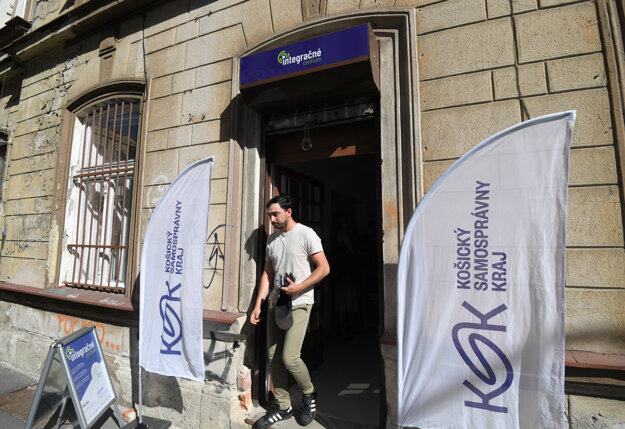 The opening of the Integration Centre of the Košice Region in Košice on June 20, 2022. The main goal of the centre, run by the DEDO foundation, is to help refugees, but also counselling in the social, legal or psychological field. (Source: TASR - František Iván)