WWII Czechoslovak pilots to be buried in the Netherlands

Five Czechoslovak pilots' bodies were found in the Netherlands. 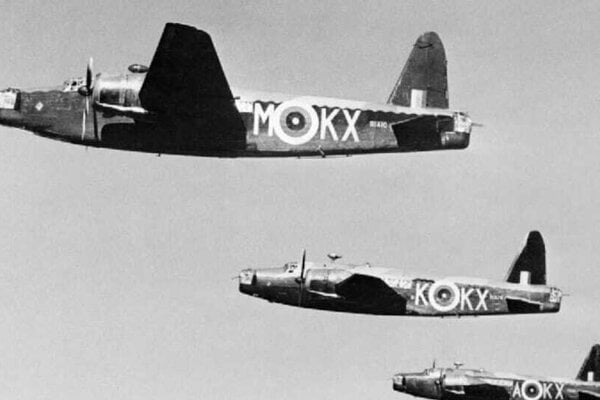 When the Dutch army uncovered a World War II British bomber fuselage just last year, it found the remains of military pilots along with their personal items. Their remains will be buried after 81 years in the Netherlands with all military honours.

In the grave or still trapped in the plane

“I have heard on the radio that research was being conducted and they were searching for relatives,” Lubor Kunc, relative of pilot Alois Rozum, said as quoted by the TASR newswire. “A year ago, I had no idea that their bodies remained on the plane. We thought they were buried in a Dutch field grave.”

On the night of June 23, 1941, a six-man crew in Vickers Wellington bomber flew to the German city of Bremen. On its way back, the bomber was hit by a German Messerschmitt and fell to Dutch territory near the village of Nieuwe Niedorp. This is how the event was described by military historian Jiří Rajlich, TASR wrote. The only one to survive from the crew was the first pilot Vilém Bufka. Bufka gave testimony about the event then.

Rozum's parents had no idea

After the war, the parents of the Czechoslovak pilots were told their sons had fallen on the battlefield.

Alois Rozum's parents didn’t even know that their son was a RAF pilot. After he fled his homeland, Rozum made his way via Poland to France, where he joined the foreign legions. From there, he moved to Britain to the 311 bomber squadron where his journey ended.