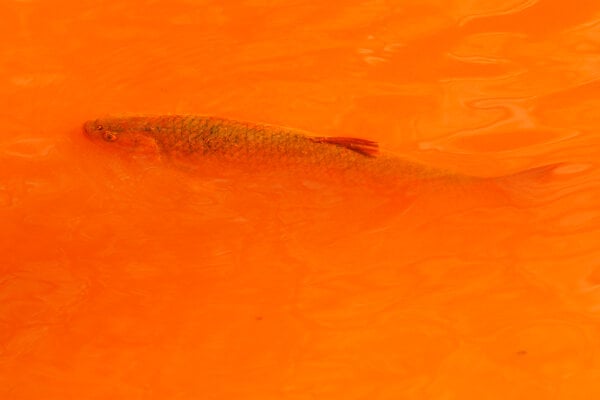 Work at an iron-ore mine has managed to reduce pollution levels in a local river by 80%, four months after fish died in their dozens and its waters turned orange in what locals described as an ecological disaster.

The Central Mining Rescue Station (HBZS) concluded work in the village of Nižná Slaná in the Rožňava District, reducing the concentration of dissolved substances in water flowing from the mine into the Slaná River by approximately 80 percent.

Peter Žitňan, the director of the state-owned company Rudné bane commissioned to check the water levels in the mine shaft, was quoted by the TASR newswire as saying: "We are aware that the situation in the River has not gone away and the remaining 20 percent of compounds are still an environmental problem. We are preparing a project that will solve the problem." 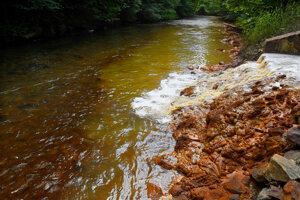 In mid-February, the Slaná River turned orange as water from the iron-ore mine flowed into it. In some parts of the river, dozens of fish and crayfish died.

The results of an initial analysis showed that iron levels in the river were 12 times normal, while there were increased levels of manganese, and sulphates. The presence of arsenic was also detected.

The company Siderit mined ore in Nižná Slaná for decades before it went bankrupt in 2008. Electricity was later cut off in the mine and water pumping stopped. Water began to flood the mine, which is a natural process in unused mines. 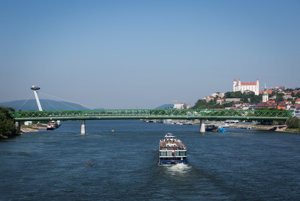 Related article No, you can't smash golf balls across the Danube, event is told Read more

It will last for years

HBZS finished work in Nižná Slaná on June 17. Workers managed to divert the water flowing into deeper parts of the mine directly to the surface.

"I estimate that [problems with pollution] will last 15 to 20 years," said HBZS director Stanislav Paulík.

The Sme daily found that the cause of the environmental catastrophe was largely down to disputes over responsibility for the mine between various authorities and their decisions related to it.