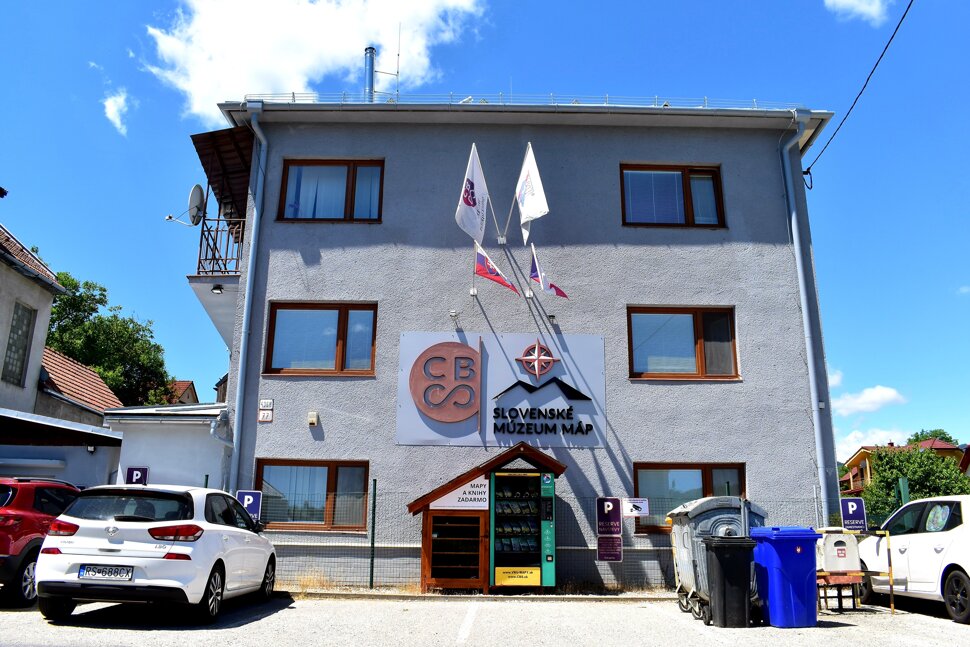 The Slovak Museum of Maps is situated in Kynceľová, near Banská Bystrica. (Source: Peter Dlhopolec for The Slovak Spectator)
Font size:A-|A+  Comments disabled

Inspired by the Podbrezová ironworks, which bought Slovenská Ľupča Castle two decades ago to boost tourism in central Slovakia, Milan Paprčka also chose to set his heart on giving back to society.

The entrepreneur whose company, Creative Business Studio (CBS), is the largest map producer in Slovakia, did not have plans as big as a castle on his mind.

“My first ideas naturally pertained to maps,” he told The Slovak Spectator.

In 2016, Paprčka acquired the Military Cartographic Institute’s [VKÚ] division of cartographic production, including old items linked to the art of cartography, software, and old maps. Two years later, he opened the Slovak Museum of Maps, the first of its kind in the country, in Kynceľová, a village situated right next to Banská Bystrica. The museum found a home in one of the two buildings that are the CBS’ headquarters.

The small museum went viral in 2019, a year after its opening. Books with aerial shots of Slovak districts falling off a shelf were captured on video, and the media did not miss out on the chance of reporting the story to their audiences. Ultimately, ghost hunters reportedly found a female ghost named Olivia in the museum.