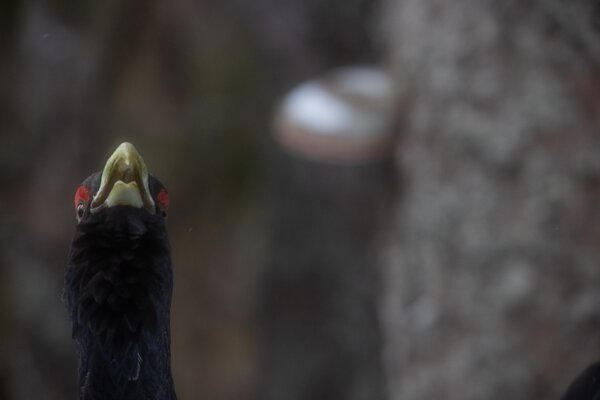 In 2017, there were less than 900 capercaillies in Slovakia. (Source: Facebook/My Sme Les)
Font size:A-|A+  Comments disabled

The European Union Court of Justice has ruled that Slovakia failed to adhere to EU directives with regards to the protection of the capercailllie.

Explaining that the country infringed the Habitats Directive and the Birds Directive, the court decided to uphold the European Commission’s action against Slovakia in its entirety.

The Environment Ministry said that it regrets the court’s decision and went on to blame the previous governments. The ministry added that the population of the protected bird species fell by 42.5 percent between 2004 and 2015 because of excessive logging.

The June 22 ruling comes five years after the Commission received the first complaints that claimed forests in Slovakia were being overexploited in twelve areas where the capercaillie lived.

For example, in 2017 timber was logged close to Muránska Planina, a national park. The capercailllie lives in this area, which is one of 41 protected bird areas in Slovakia.

The court found that Slovakia had not assessed its forest maintenance programmes properly since January 2015, pointing out that the country exempted emergency felling and the use of harmful agents from these assessments.

Moreover, the court said that the country had failed to adopt appropriate measures that would prevent damaging forest management activities from occurring, like excessive logging. As a result, the country’s reluctant approach to the protection of capercaillie habitats led to the deterioration of the bird's life.

The habitats of the protected species were severely affected especially in the Low Tatras.

Today, the Environment Ministry claims that new forest management programmes have to be approved by state conservationists. Furthermore, it is currently working on the new zoning of Muránska Planina National Park, which is still seen as an important habitat of the capercaillie.

Simultaneously, the ministry is hoping that measures adopted in the past two years will help Slovakia avoid a fine, which the court may still impose.

In reaction to the ruling, the My Sme Les (We Are The Forest) initiative said that various organisations had called for the better protection of forests for a long time.

“It is sad that we are unable to protect our nature on our own, and the European Union must do it for us,” Karol Kaliský of the initiative wrote on Facebook. He added that the decision unveiled a “fatal failure” of the state.