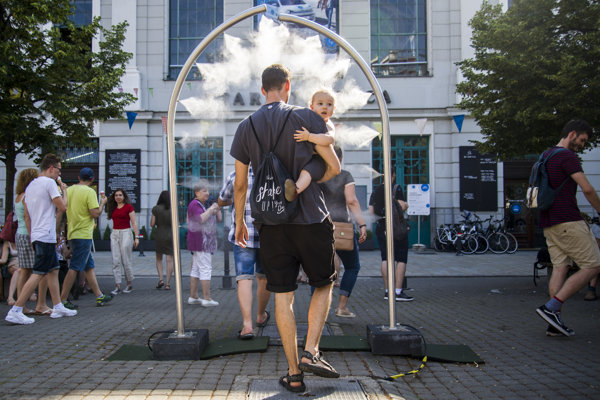 Meteorologists have issued warnings for parts of Slovakia for the last days of June.

In the south of the country, temperatures are expected to hit 37 Celsius degrees on June 29 (Wednesday) afternoon.

The heatwave warning is in place for the whole of Slovakia with the exception of the Vysoké Tatry area on June 29 between 14:00 and 18:00 pm.

Hottest in the south

The afternoon temperatures in southern Slovakia might be 35, 36 or even 37 Celsius degrees. Second-level warning has been issued for this part of Slovakia for June 29.

Heat will continue on the last school day

The north will not be much cooler than that, though.M eteorologists expect 33 or 34 Celsius degrees as the highest ones there. The Slovak Hydrometeorological Institute (SHMÚ) issued the first-level warning for the northern regions.

Thursday, June 30, which is also the last day of school before the summer holidays in Slovakia, is expected to be even hotter. SHMÚ expects temperatures to hit 38 Celsius degrees on Thursday in southern Slovakia, TASR reported.