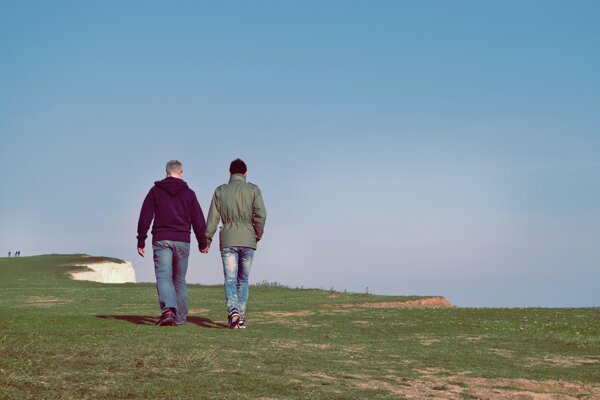 Slovakia's Constitutional Court will decide on same sex couples who were married abroad.

The court announced that it accepted the motion filed by former ombudswoman Mária Patakyová and will make a decision on the rights of same-sex couples in Slovakia. Before wrapping up her term in March, the ombudswoman asked the court to look into the legal provisions on permanent residence for third-country (non-EU) nationals married to Slovak citizens. Patakyová asked the court to make a ruling on same-sex couples who have lived in a non-EU country and were married there.

For now, Slovak authorities do not recognise these same-sex marriages. When the spouse of a Slovak citizen requests permanent residence on the grounds of marriage, the law requires proof of marriage as understood by the Slovak law in a family - between a man and a woman.

“As a consequence of our current situation, third-country nationals in same-sex relationships with Slovak citizens are not objectively able to meet the conditions the challenged law requires of them,” Patakyová stated in her motion, as quoted by the TASR newswire.

"I have failed to identify any legitimate reason for this unequal treatment based on banned grounds for discrimination," the ombudswoman wrote.

During her term Patakyová consistently advocated for the rights of LGBTI people. She earned criticism from some politicians for displaying the rainbow flag on her building during Rainbow Pride.

With reference to her office, among other things, OĽaNO MP György Gyimesi recently proposed a draft law to ban the display of rainbow flags on official government buildings.

Related article If ruling coalition fulfils its promise, LGBTI couples should be able to inherit from each other by 2024 Read more