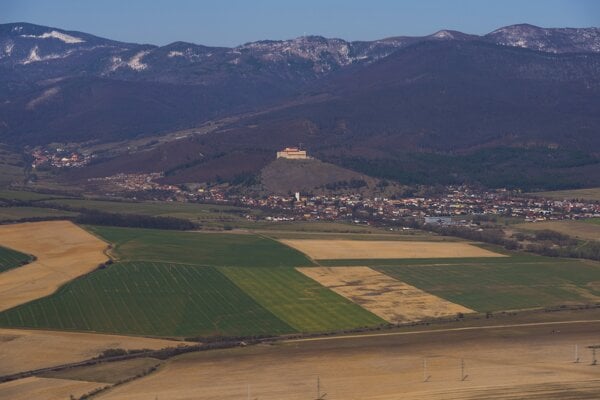 In the picture is a basin called Rožňavská kotlina. The village of Pača is next to the left side of the photo. (Source: TASR)
Font size:A-|A+  Comments disabled

The village of Pača in the Rožňava District has declared an emergency as local reservoirs have been left almost empty after springs that supplied them dried up.

Local mayor Ladislav Zagiba said that for the last two days drinking water has been trucked in to fill the reservoirs that serve the village. 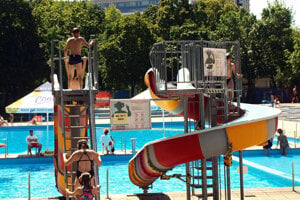 Related article Where to cool down in Bratislava Read more

"The situation is catastrophic. It has not rained here for months, there is no way to get water," he explained.

Local authorities have called on people in the village to save drinking water and limit watering their gardens or filling swimming pools.

"We found one possible water source near the village. We will have a meeting with a hydrogeologist to asses how of it there is," Zagiba said. However, tthsi would mean drilling a new well which could take months, while the municipality would have problems finding the money for the project, the mayor admitted. 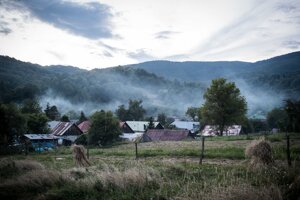 Meanwhile, water shortages have been reported in other parts of the country.

Residents of several villages in the Banská Bystrica Region have been asked not to use drinking water for other purposes, such as watering gardens, parks, and playfields, filling swimming pools, or cleaning their cars.

Restrictions apply in total to 34 municipalities and cities in the districts of Zvolen, Žarnovica, Žiar nad Hronom, Banská Bystrica, and Brezno. The complete list can be found in Slovak on the water management company's website here.