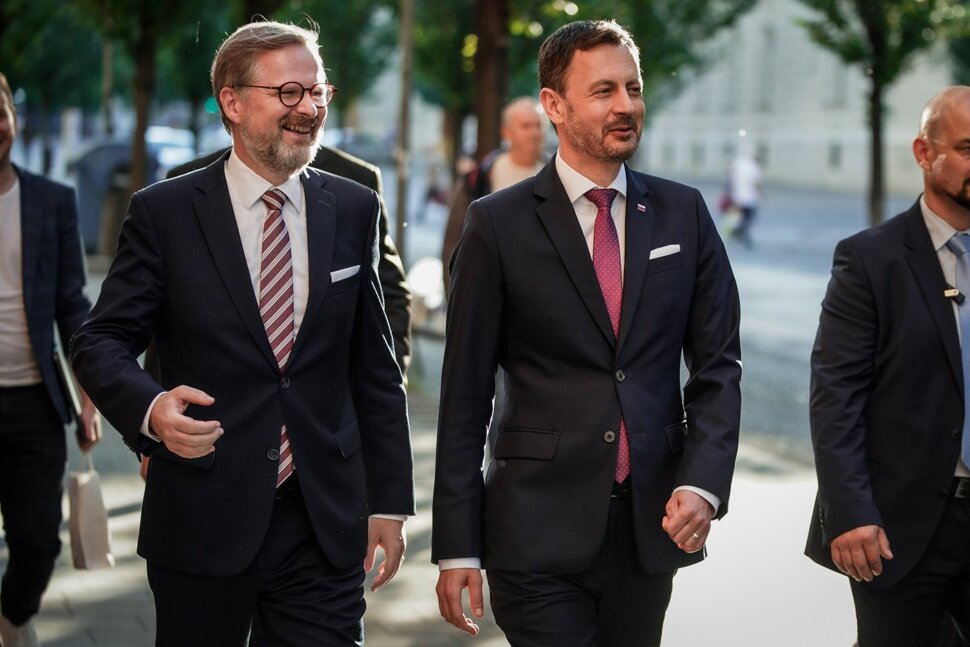 Slovakia is aiming to lower the voice of the Visegrad Group (V4) in the EU during its year-long presidency of the bloc, which began on July 1, due to diverging views within the grouping on the rule of law and the war in Ukraine.

In an interview posted on Facebook in May, Slovak Foreign Minister Ivan Korčok said he wants to “significantly mute the foreign policy dimension of the Visegrad Group”, and bring the group’s shared goals to the fore while pushing the sharp differences into the background.

The four countries of the bloc – Poland, Hungary, Czech Republic and Slovakia – have never developed a common foreign policy in the 31 years of the existence of the bloc, which emerged in 1991 to help facilitate the region’s accession to NATO and the EU. Instead, especially at the EU level, they have tried to coordinate their positions on various EU-related matters. Yet the Slovak foreign minister said he feels that Hungary, whose presidency of the group has just come to an end, often made it sound like there was such a policy in place.

Hungary, Slovakia’s southern neighbour, is becoming increasingly isolated in the EU for its autocratic rule and anti-EU politics pushed by the ruling Fidesz party, as well as for Orbán’s continued close relationship with President Vladimir Putin during Russia’s invasion of Ukraine. At times, the Hungarian prime minister has seemed to regard the regional grouping as a way to amplify his vision of Europe.

“Attempts to ideologically use the V4 brand harm mutual trust and don’t contribute to building a strong Central Europe in the EU,” argues Mateusz Gniazdowski, an analyst at the Centre for Eastern Studies.

The war has also made Hungary an outcast within the V4. Before the invasion, it could rely on Poland’s support in its various battles with Brussels. In both countries, the European Commission remains concerned over the state of the rule of law and democracy. In 2020, Poland and Hungary even attempted to block the EU’s budget because it linked the disbursement of funds to the adherence to the rule of law.

These dividing lines not only tarnish the name of the V4 but also work against the interests of Slovakia and the Czech Republic, Korčok said in mid-June. “It’s time to focus on specific projects that people in the Visegrad region will benefit from,” he said, highlighting regional initiatives that appear in Slovakia’s programme in areas such as energy security, defence, the single market, climate change, culture, as well as infrastructure – all of which should at the same time make the EU and NATO stronger. 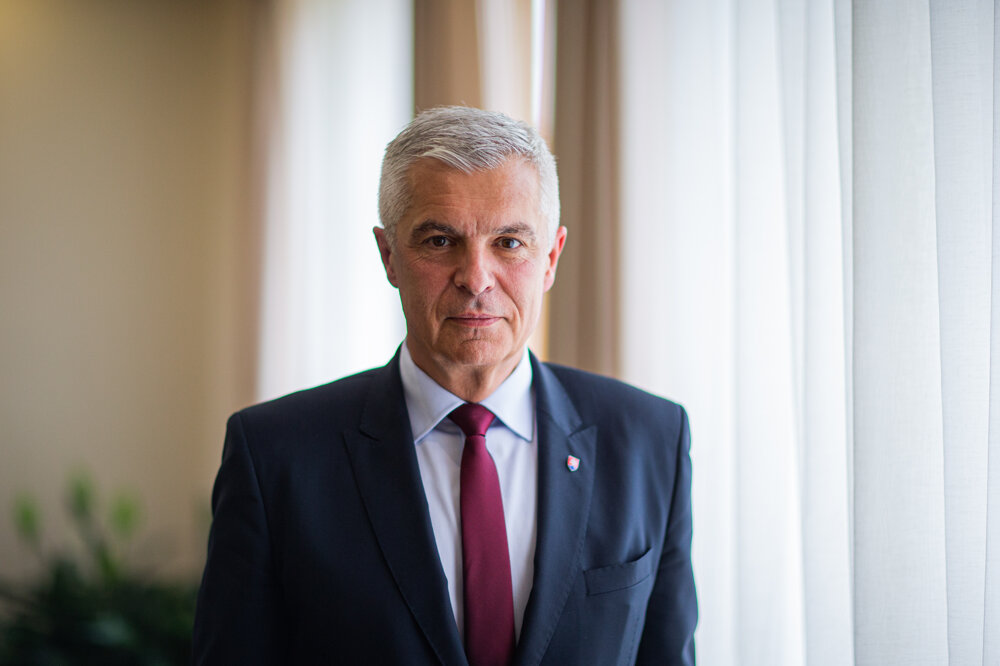 No ambition to replace the EU

Yet in 2014, Korčok, who was then serving as Slovakia’s permanent representative to the EU, saw the V4 rather differently. After the V4 and EU compromised on climate goals in that year, he praised the Central European bloc’s ability to speak with one voice.

“It was like when a small child learns how to first ride a bicycle,” he boasted about the V4’s achievement to the Financial Times, stressing the hope of seeing more such wins in the future.

A year later, when the EU was facing a migrant crisis, the V4 – in particular the prime ministers of the four countries – were united once again in their opposition to the EU’s mandatory redistribution of migrants, instead proposing a “flexible solidarity” approach to the crisis. By then, Korčok was working at the Foreign Ministry and for the government of populist and Eurosceptic leader Robert Fico.

The Central European grouping quickly stopped being regarded as a “respected brand”, as described by former Slovak foreigner minister Miroslav Lajčák in 2014, and was beginning to earn a reputation of a club that blocks EU decisions with the ambition to become an alternative power centre to Brussels.

“That’s not, however, supported by facts,” points out the Centre for Eastern Studies’ Gniazdowski.

Indeed, the V4 has never declared any such plan, though Orbán wrote an opinion piece last year in which he said Christianity and traditional values are under attack and the V4’s responsibility is to defend Europe against “external attacks” and “internal empire-building attempts”.

Around the same time, when the bloc was marking the 30th anniversary of its existence – Korčok published his own opinion piece that claimed the opposite of what Orbán was proposing. “Three presidents did not start the Visegrad cooperation in 1991 in order to make it a bulwark to protect Central Europe from the West and the EU,” the Slovak minister wrote, “They wanted the Visegrad Group to be a firm part thereof.”

Just like Orbán, Korčok also stressed that the four countries do not necessarily agree on everything, whether it is Russia’s Nord Stream 2 gas pipeline, the presence of US troops in the region, or support for Ukraine. Hungary refuses to send arms or allow the transit of weapons to Ukraine. Moreover, Slovakia remains the only country of the four that has introduced the euro currency.

“Insisting on the V4 acting as one political bloc within the EU is not a good idea,” continued Korčok.

During its presidency, Slovakia and its pro-European government, led by Eduard Heger, have pledged to take a pragmatic approach and return the V4 to the roots of its cooperation based on the respect for democracy and a commitment to European integration. This will also include support for Ukraine and Moldova, which have been granted EU candidate status, Georgia, and the Western Balkans that are on their way to the EU, for example through the group’s only institutionalised body, the International Visegrad Fund. 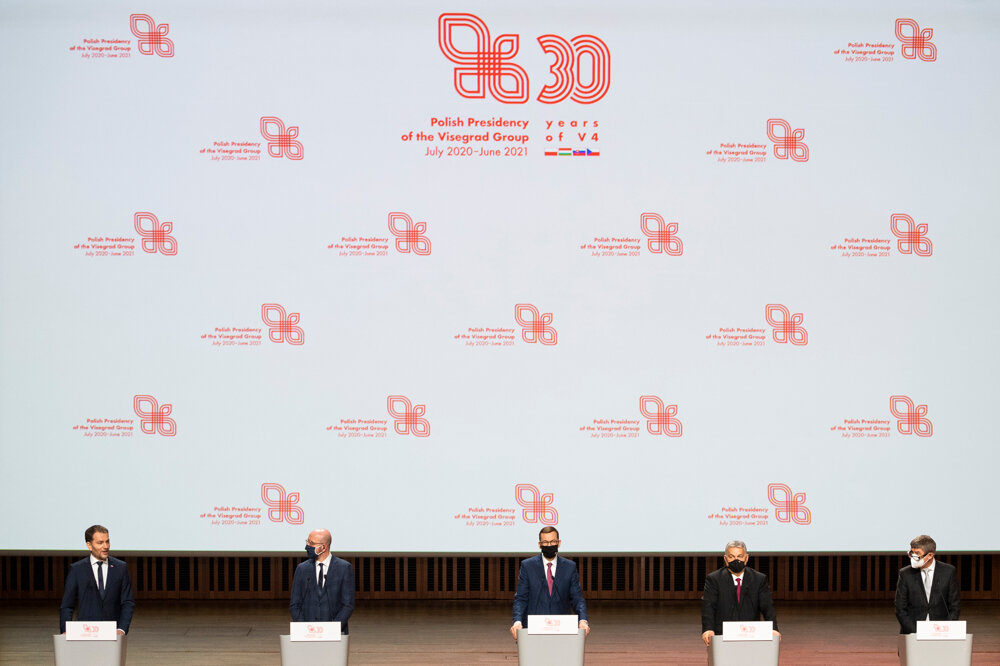 The Czech Republic, which from July 1 has assumed the six-month rotating presidency of the EU Council, has publicly welcomed this approach.

“We fully support Slovakia in its ambition to resolve the role and priorities of V4 cooperation in the new geopolitical situation,” the Czech Foreign Ministry said. It added that the country will use the regional platform only in the areas where it is of benefit to Czech people, who expressed the least enthusiasm for the bloc in a 2019 poll by the Association for International Affairs.

Both countries, which enjoy extraordinarily close relations and share a common history through the former Czechoslovakia, have said they will closely communicate during their respective presidencies. But Pavlína Janebová, an analyst with the Association for International Affairs, thinks mention of the V4 in this context would have to stay in the background given its divisions over the war in Ukraine.

“The significance of the Visegrad Group in regard to the war has declined,” she said, arguing that relations within the group are at their coolest since the 1990s.

In an interview with public broadcaster Czech Radio, Czech Minister for European Affairs Mikuláš Bek said the group is “definitely not dead”, but that it is “taking a pause” because of Hungary’s position over the war.

Unlike the current conservative-led five-party coalition, Janebová notes, the previous Czech government, led by the technocratic populist Andrej Babiš who was ousted in October 2021, used to emphasise the political importance of the bloc. 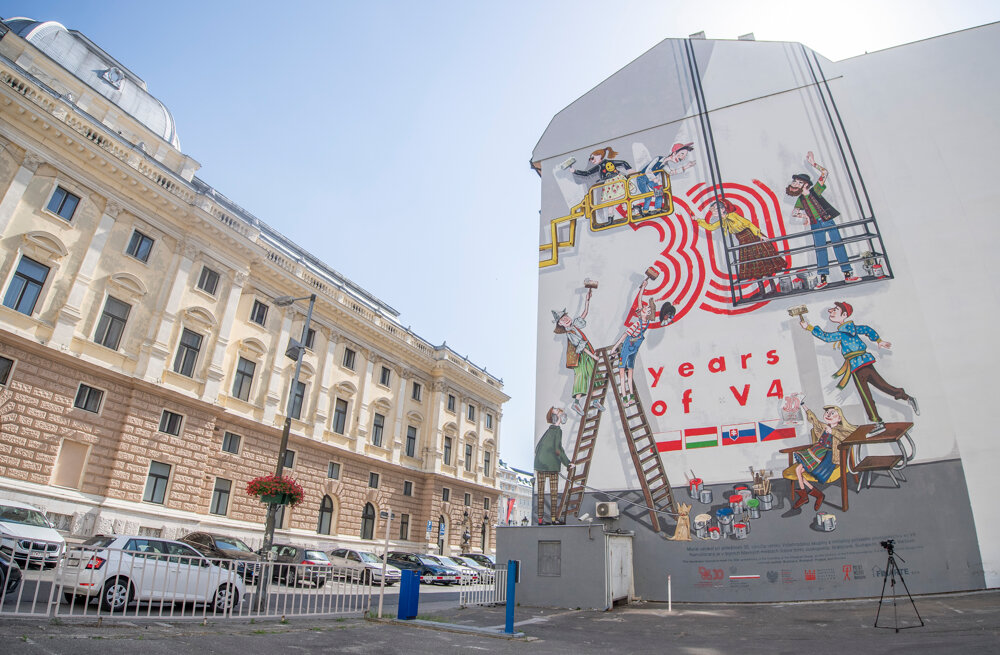 A mural celebrating 30 years of the Visegrad Group's existence was painted in 2021 in Bratislava (in the picture), Prague, Budapest and Warsaw. (Source: Martin Baumann for TASR)

Observers also believe that cooperation within the V4 should focus on sectoral policies, not high politics. That cooperation has always existed, but its resonance gradually faded after the migration crisis in 2015.

“Attention was starting to be paid to the political positions of Visegrad Group representatives,” Slovak Foreign Policy Association expert Tomáš Strážay says, adding that Orbán, as the most experienced prime minister in the region, has moulded the image of the V4 the most.

Still, in Strážay’s opinion, the group’s flexibility and lack of institutional structure are attributes that should ensure the survival of the bloc. And this period of weakening cooperation in the region is nothing new, having occurred in the nineties, when autocrat Vladimír Mečiar was in power in Slovakia, and in the early noughties, when Orbán called for the cancellation of the Beneš Decrees – laws passed at the end of World War II that saw millions of ethnic Germans and Hungarians in Czechoslovakia stripped of property and expelled.

During its presidency that starts July 1, Slovakia wants to fight surging energy prices with its partners, reduce the region’s dependence on Russian energy, support the use of nuclear energy, continue connecting the north and the south of Europe by road and improving railway infrastructure, and work more closely on the V4’s joint approach to defence, in addition to other areas.

“I’d like to know whether the group will have an ambition to come up with a response to France’s idea of the European political community,” Milan Nič of the German Council on Foreign Relations says, noting the bloc has not found a strong unifying agenda since the migrant crisis.

That might change next year if Law and Justice (PiS), Poland’s conservative ruling party, is voted out of office and if Hungary re-evaluates its stance towards Ukraine. “If the [Polish] election brings about a change in rebuilding the position of Poland in the EU, the Visegrad Group may gain traction because of that,” says Wojciech Przybylski of the Visegrad Insight media platform.

Gniazdowski of the Centre for Eastern Studies says that, ultimately, the bloc can only work if all four countries are on the same page. “If the Visegrad Group is to remain an effective instrument of Central European cooperation, it cannot be liberal or illiberal, right-wing or left-wing,” he stresses.