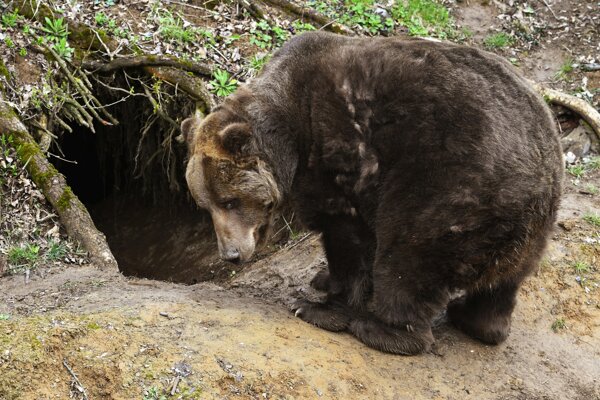 On Friday evening last week, a cyclist from Košice met a bear on the Hupiky bike trail. The animal ran into the forest, nothing happening to the cyclist as well. Later, he called the police, which informed him that he was not the only one to see a bear in the same location.

The encounter brought forth the question of how many bears live in the forests of Košice.

In the last years, the municipal forest company Mestké lesy Košice have repeatedly warned people of bears living in the area. 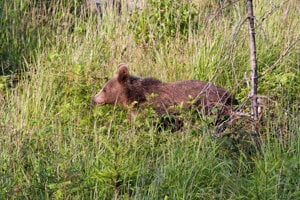 "These animals do not permanently live in our territory. Usually they are younger males that pushed away the older individuals and are looking for a new territory," explains Martin Matúš from the company.

"It is likely that the number of bears will increase in the coming years, and perhaps some will remain in our forests permanently. Even though the forests are heavily visited by people, which bothers the bears, they tend to stay in the lowlands, where they have enough food," he emphasizes.

According to Matúš it is important to know whether the cyclist encountered a mother with a cub, with the mother standing three metres tall on her hind legs as he claimed, or a young male, as these are the individuals that roam the area.

The problem is that people visit the forest in the evening and even at night. A forest is a natural habitat of animals who need to rest, feed and other activities, and not be bothered. It is difficult for animals when they are constantly disturbed.

At the same time the animals grow accustomed to people's presence and that changes their behaviour. Upon learning that a human is not a threat, they might get bolder. 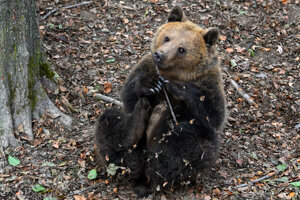 No reason to panic

The report of the encounter on a bike trail is new information to Michal Haring, a member of the Brown Bear Emergency Team. He understands that people are afraid, but doubts that the bear the cyclist encountered was as big as the man claimed, because such huge animals do not live in Slovakia.

However, there is no reason to panic. It is good to be careful though.

The Emergency Team will only act when a bear is repeatedly spotted in the village and inhabited parts of a city.