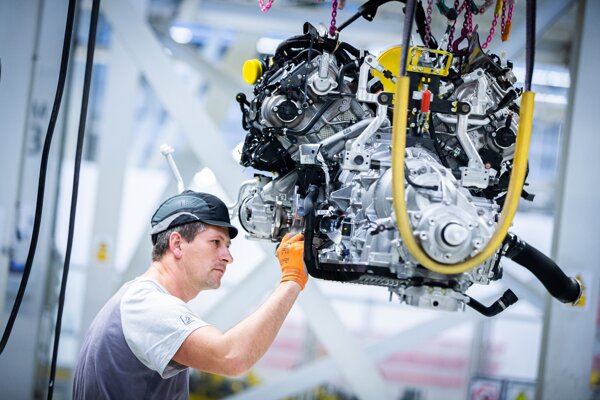 Welcome to your weekly overview of news from Slovakia. This is the special summer edition of Last Week in Slovakia. We will be back to regular operation in mid-July, with the full commentary and news overview by Editor-in-Chief Michaela Terenzani.

Here’s what you need to know about the last week: Slovakia will be home to a fifth carmaker, Volvo, that will bring an investment worth more than a billion euros. After the turbulent term of Jaroslav Rezník, the public broadcaster gain a new head. The bear hunting business dates back to socialism.

The Volvo Cars automotive group has announced that it will build a production plant in Slovakia, near Košice, bringing the total number of its plants in Europe to three, after Ghent in Belgium and Torsland in Sweden.

The investment will amount to €1.2 billion. The plant will specialise in the production of electric vehicles. Košice offers good logistical and transport links to the rest of Europe and access to a good supplier base.

According to Economy Minister Richard Sulík, the investment "will provide development and many jobs in the eastern part of Slovakia, with many direct and indirect job opportunities."

For daily updates on news from Slovakia, check out our Today in Slovakia newsletter, which we send directly to your inbox at the end of every workday.

The turbulent term of Jaroslav Rezník at the helm of the public broadcaster RTVS is over. While Rezník was the director, several reporters quit, the TV station faced criticism over disinformation and coverage of the war in Ukraine, among other things.

Ľuboš Machaj was elected to the position, after securing the backing of 89 of 122 MPs present for a parliamentary vote on Thursday. Machaj, whose career in the media stretches over more than 40 years, will take up the post on August 1.

Among the issues Machaj has said he wants to address are some viewers' concerns about an incomplete archive at the broadcaster and a lack of original content in podcasts. All this while trust in media is at an all time low in Slovakia.

The business of hunting bears

In recent months, reports of bear encounters and attack have come from various places in Slovakia, often ending in injury. Just last week a biker reported such an event near the city of Košice. The incidents even prompted protests.

There was a time when bears could be hunted for a fee. Between 2015 and 2018, up to 57 percent of animals were shot in Poľana. Isolated bear attacks on humans have occurred recently in this area. According to conservationist Juraj Lukáč, conflicts with bears occur where they were hunted the most in the past.

The hunting business started with the Libyan army during socialism. Bears and even other animals were valuable prey for soldiers.

Must-read stories for this week

SWIMMING WITH SHARKS: Do you know the difference between an apartment and a flat? In the weird world of Slovak residential property, these are very different beasts – and the difference can, in theory, cost you a lot of money. James Thomson recently went through the process of buying a flat (not an apartment!) in Slovakia.

GERMAN-SLOVAK COOPERATION: The reinforcement of NATO presence in Slovakia became the topic of the day immediately after Russia invaded Ukraine, Slovakia’s direct neighbour, on February 24. In an interview with The Slovak Spectator, Ambassador Barbara Wolf unveils the concerns attached to the arrival of the troops, shares her opinion on what Germany and Slovakia can do to limit their dependence on Russian raw materials, and more.

SWIMMING IN SUMMER: The last few weeks have seen temperatures rising well above 30 degrees Celsius. The Slovak Spectator is compiling and updating a list of places all over Slovakia where people can cool off. Here is an overview of swimming pools in Bratislava.

SLOVAK PARADOX: A Sme daily reporter spent several days in Poloniny - a place where people go to find wilderness - to learn how the region is ready to give up logging and reorient itself towards soft tourism, per the wishes of the state. The Poloniny and Muránska planina National Parks will undergo the change first.

CURE FOR DOGS: In Slovakia, people call the disease "bloody peeing" as one of its symptoms is dark red urine. This severe disease called Babesiosis can potentially be fatal. Slovak scientists have developed a cure for its chronic version, which has been on the rise recently due to being spread by parasites previously not found in the country. Moreover, the new treatment eliminates all parasites from the blood.

If you have a suggestion on how to make this overview better, let us know at editorial@spectator.sk.