The river was natural barrier between West and East. 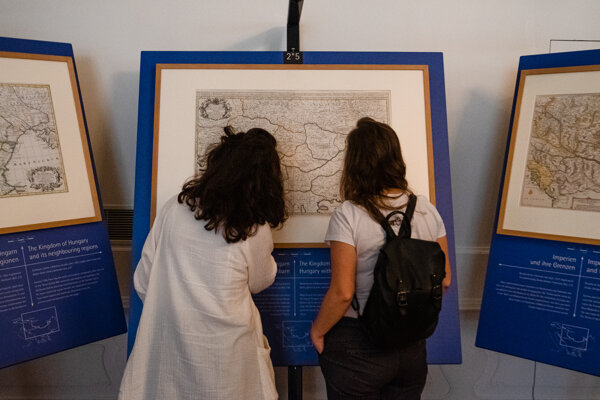 While today the Danube river flows peacefully through Bratislava, its role in history, even relatively recently, has sometimes been anything but that, a new exhibition reveals.

In the past, the river used to spill into an inner delta in the area around the Slovak capital, and it formed a border between two worlds – the West and the East. It was also the scene of bloody fighting for control over the heart of Europe.

“During the Ottoman wars, the Danube became a bloodily disputed border area, dotted with important fortifications. From 1699/1718 there was a ‘Christian’ and ‘Islamic’ Danube, a river of Habsburgs and Ottomans. This created a lasting political and cultural rift, which, however, always remained permeable,” explained Denis Haberland, curator of the Collections of Architecture, Applied Arts and Design at the Slovak National Gallery (SNG) and co-organiser of the exhibition Fluid Territories, Maps of the Danube Region, 1650 – 1800, which is currently running in Bratislava.

The exhibition, which has already been shown in Germany, Romania, and Hungary and which will later move to Austria, shows maps of the Danube region of the 17th and 18th century, when the border between the Habsburg and Ottoman empires was more or less stable.

Using both detailed and contextual maps of the territories around the Danube, from its source to its mouth, and of its tributaries, ground plans of towns or fortresses, and plans of battles, the exhibition shows how the two great powers clashed, giving an insight into the Ottoman-Habsburg conflict and how the politics behind it influenced smaller territories.

They detail the world at the time, how goods and ideas were exchanged, claims to power, military conflicts, and the religious divide between the two worlds. 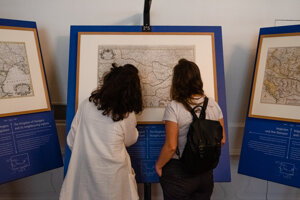 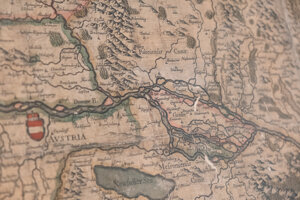 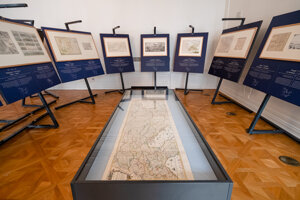 Even now, the maps create a powerful picture of a “Christian Europe” and a menacing image of a Muslim enemy, the Slovak National Gallery, which has contributed works to the exhibition, wrote in a press release.

“What surprised me was that the Danube has its own god,” said Jana Novotná, a visitor at the exhibition, pointing to the picture of the god Danubius, the Roman personification of the Danube, displayed at the beginning of the exhibition.

The next time visitors see Danubius is on a map marking battles against Ottoman troops, right up until they got as far as the gates of Vienna. The god is pleading for the salvation of the country from the tyranny and barbarism of the Ottomans.