The country marks a public holiday and a memorial day on July 5. Shops will be closed. 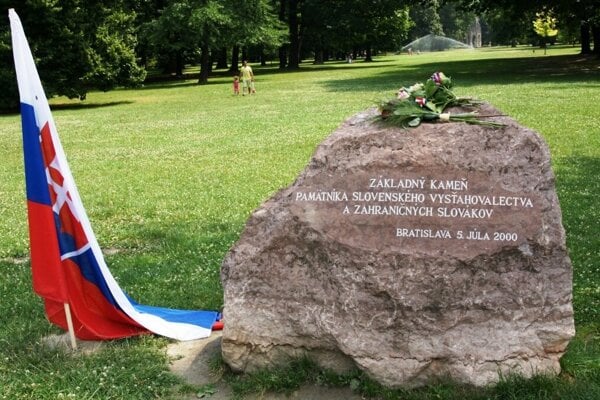 People in Slovakia can enjoy a day off on Tuesday, as the country marks another public holiday, the arrival of Ss Cyril and Methodius, on July 5.

Little do they know, however, that the country also celebrates Slovaks living abroad on this day; the Day of Slovaks Living Abroad has been a memorial day since 1993.

Several events will take place in Bratislava on this occasion.

On Tuesday morning, a wreath will be laid at the Memorial of Slovak Emigration in Janko Kráľ Park in Bratislava. In the evening, Hviezdoslavovo Square will host cultural events.

Slovaks living in Romania, Croatia, Serbia, Hungary, Austria, and Great Britain will perform on the square.

The World Association of Slovaks Living Abroad, which was founded 20 years ago and brings together 114 different organisations run by Slovaks in 24 countries, will also hold celebrations this year, but in the autumn.

With regard to Slovaks living abroad, the Slovak National Museum has announced that the new Documentation Centre of Slovak Emigration was established at its History Museum in Bratislava.

The centre will assist in opening the Museum of Slovak Emigration, which should be built by 2028. It is expected to be located in Petržalka, a Bratislava borough on the right bank of the Danube.

“The national museum has been collecting items tied to the life of Slovaks living abroad for several decades,” the museum’s director Branislav Panis said, adding that the museum cooperates with the National Czech and Slovak Museum and Library in Cedar Rapids, Iowa, USA.

Almost 1,350,000 Slovaks live abroad, according to the data by the Office for Slovaks Living Abroad. Most of them reside in the USA, the Czech Republic, Canada, Austria, Germany and Serbia.

As July 5 is a public holiday, shops will be shut across Slovakia.

However, petrol stations, shops at the airport and stations, pharmacies and souvenir shops will remain open. Cafés and restaurants will be open as well.

Slovakia will mark another public holiday on August 29 to celebrate the 1944 Slovak National Uprising.