Move comes as many return home. 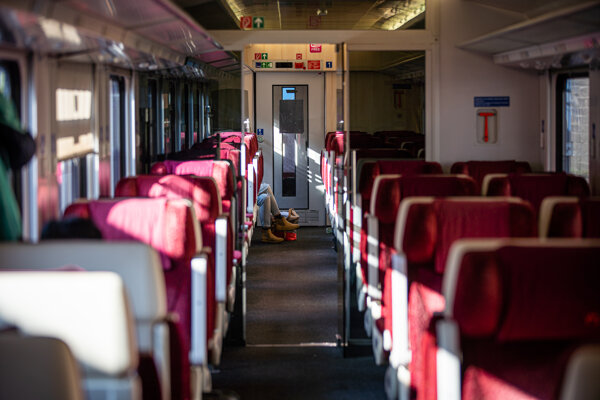 The government has announced changes to measures in place to help Ukrainian refugees as the numbers of those returning home grows.

"With the exception of some days, data shows that more Ukrainians have been leaving Slovakia to return to their homes for several weeks," Interior Minister Roman Mikulec (OĽaNO) said.

Some large-capacity centres are closed

The ministry has now announced changes to the operation of large-capacity centres fore refugees and how they can use public transport.

"If the number of people fleeing war rises, large-capacity centres are ready to re-open within hours," the minister said.

Refugees can apply for temporary refuge status at local branches of the Foreigners' Police Department, either in Žilina or Michalovce. These branches are open from 7:00 to 19:00 on working days.

Pregnant women, families with young children and over-65s can also apply for temporary refuge status at the Humenné police department.

As of March 1, 84,334 Ukrainians have applied for temporary refuge.

Since the start of Russia's invasion of Ukraine on February 24, 580,621 people have entered Slovakia from Ukraine while 332,933 have returned.

New rules on use of public transport

Refugees from Ukraine are entitled to free use of public transport in Slovakia, but as of July 1 the rules for this have changed.

Refugees coming into the country can use a Slovak Help document with a red stamp which they are given after crossing the Slovak-Ukrainian border, or documents proving they have been granted temporary refuge status, to travel for free on trains on the day they obtain any of the two documents and in the next four days.

This does not apply to Ukrainian children, aged 6-16, attending a Slovak school and people older than 62 years old, who can get a card at railway stations entitling them to free rail travel.

Moreover, on school days, one adult can travel with a child for free. However, confirmation that the child attending a school or a kindergarten is required.

Holders of their first proof of temporary refuge status document can continue to use public transport for free, if they commute to work, during the first 60 days from the day the document was issued. However, they must produce confirmation of their job from their employer and a document proving their residence.

The right to free transport will no longer apply to people without documents proving they are Ukrainian citizens, people who crossed the Slovak-Ukrainian border repeatedly in the last 30 days, and people who have received more than one temporary refuge status document.