Committee says lack of prospects for minority is "absolute scandal". 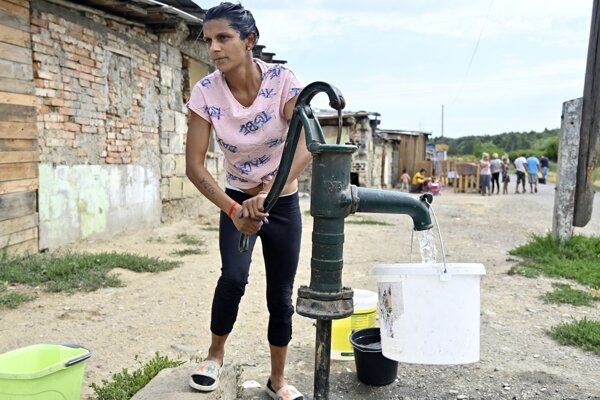 A Roma woman in the settlement in the village of Petrovce nad Laborcom. (Source: TASR)
Font size:A-|A+  Comments disabled

A European Parliament Committee has slammed the situation for Roma in Slovakia, describing it as a "scandal" and pointing to what they said were the "Middle-Ages" conditions the minority is living in.

Speaking as the European Parliament's Committee for Regional Development visited a Roma settlement in Petrovce nad Laborcom, Younous Omarjee, committee chairman, said: "We wanted to come here to see for ourselves what life is like in Roma settlements. The reality we see confirms the ideas we had before our trip.

"I think I can speak for my colleagues too when I say that it is absolutely scandalous and shaming for the European Union and Slovakia that European citizens are living in Middle Ages-like conditions."

The MEP pointed out that Roma children do not have access to education, and that there are no initiatives to integrate these people into the labour market.

"It is an absolute scandal that these people have no prospects," he said. 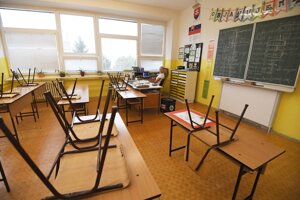 In addition to the French MEP, the delegation included three other MEPs, Constanze Krehl from Germany, Monika Vana from Austria, and Peter Pollák from Slovakia. During their visit to the village in the Michalovce District they met with mayor Štefan Rovňák, members of the municipal council and representatives of the Roma community. 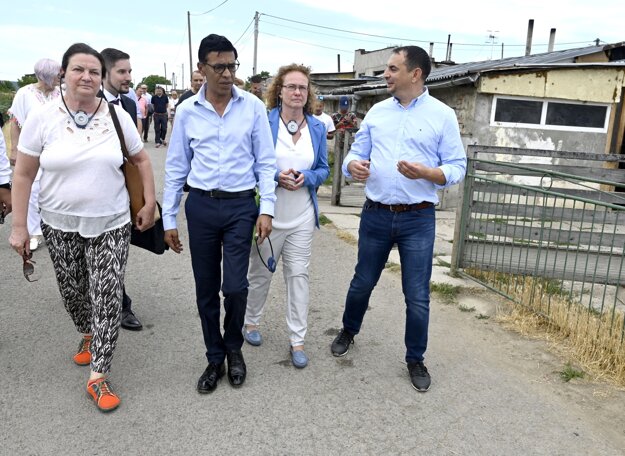 According to Pollák, an expert on Roma issues, it was surprising that Slovakia, despite the EU having allocated a special annual package of money since 2007 for the integration of the Roma community in the country, has not been able to improve conditions for them.

"Unfortunately, the situation continues to be bad," he said.

According to the Slovak MEP, it is staggering that the country regularly either returns money intended for the integration of Roma to the EU budget, or transfers it to other projects.

The visit to the village was part of a multi-day day trip during which the delegation will focus primarily on infrastructure investments in eastern Slovakia. They will also meet representatives of the Investment Ministry, the government representative for Roma communities, the leadership of the Košice and Prešov self-governing regions, and others.

The MEPs will also visit the well-known Košice neighbourhood Luník IX, which has become home to thousands of Roma people, the Ukrainian refugee camp in Michalovce and the Slovak-Ukraine border crossing in Vyšné Nemecké.