CEO of Slovakia´s energy companies ZSE and VSEH: the conflict in Ukraine only added to energy market instability. 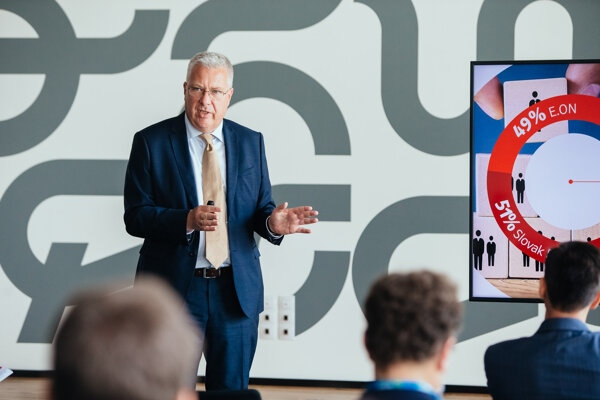 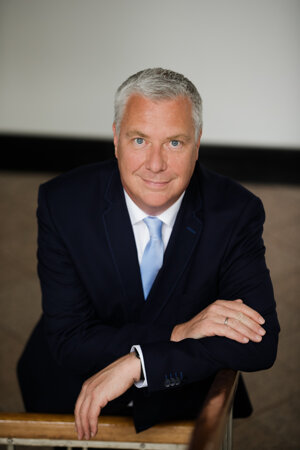 You have been working as the CEO of ZSE and VSE Holding for two years. How would you describe them?

First of all, I have to say these were two non-standard years. I joined both companies during the pandemic, which we were facing with maximum efforts and commitment. And we had no idea of how difficult the period ahead of us was going to be. The war in Ukraine has far-reaching consequences, not only geopolitical. Its significant impact is on the energy market, where unprecedented changes are taking place.

Actual instability of the energy market is thus caused by the conflict in Ukraine.

I would say the war in Ukraine has definitely made it worse. It should be emphasized that 2021 was already complicated with a jump increase in wholesale prices of market commodities. It was not only a significant increase in electricity and gas prices, but volatility, i.e., fluctuation of prices, was also historic. This was due to a combination of several factors. Global economy recovery after the first wave of the pandemic contributed to a significant demand for electricity and mainly for gas. In addition, prices also increased with lower production from renewable sources and a parallel increase in prices of carbon certificates. All these influences significantly contributed to energy market instability even before the Russian invasion into the Ukraine.

How is Slovak energy industry reacting to such development and how will it affect Slovak customers?

This development is significantly affecting the entire energy industry - generation, distribution, sales, as well as customer solutions. For example, the terms under which commodities will be traded for the next year are questionable. Electricity and gas prices on the market continue increasing, while there is also a problem with their volatility and availability on the market.

At this moment, regulated price lists and the way commodities are purchased for this segment protect households from a sudden price increase in the short term. The situation is different with business customers that are concluding new contracts already accounting a price growth in both electricity and gas. With some delay, however, such enormously increased wholesale prices will also materialize in the prices for regulated customers. Suppliers must account increased commodity prices in their prices while at the same time try helping these customers on an individual basis.

From a short-term perspective, we see no room for calming of markets, and therefore, even in communication with customers outside regulated segments, we recommend long-term solutions aimed at reducing electricity and gas consumption.

Does this mean a solution for more and more customers would be using energy produced from renewable sources?

Decentralized electricity production, i.e., production directly at the customer's location, is certainly one of solutions in the current situation. And, increased commodity prices motivate residents to think more and more intensively about the so-called “green solutions”. Interest in photovoltaics or heat pumps has grown enormously in recent months – simply, because the customers’ individual business case has massively improved and payback periods are far shorter. The situation is the same in the surrounding countries, which we see when communicating with suppliers of components for photovoltaic solutions installation, the delivery of which is significantly extended. That is understandable, I think, as considering the geopolitical situation and the record high commodity prices, it is a reasonable investment. 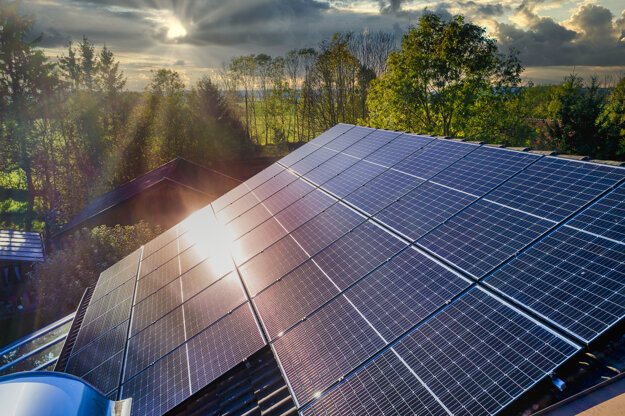 What other so-called green solutions do you offer to customers?

Besides our offers for green onsite generation and enhanced energy efficiency, our so-called “green solutions” are increasingly popular among customers. For example, Green Electricity (“Zelená elektrina”) from ZSE is already used by more than 100,000 household customers, who together prevented creation of more than 48,000 tons of CO2. In the east of the country, using this service is linked to a support of environmental protection projects. VSE Company has already supported biodiversity, beekeeping, improved public spaces, etc.

We continue expanding the network of charging stations under our ZSE Drive brand, which also use green electricity produced from renewable sources. Our public charging network is the largest in Slovakia. The future mobility will become more and more electric, and a reliable and dense charging network has a pivotal role in paving this way.

Is our distribution grid ready for such a growth of electricity produced from renewable sources?

Energy transformation towards decentralization requires significant investments in the distribution grid. Until now, distribution grids have been built under completely different conditions. New trends such as decentralized production, a higher share of green resources and far more interactions with customers – they do not only consume from, but very often feed-in the grid – require that the distribution system as such has to provide for more flexibility. That is why, we have been investing in its modernization for several years. We continue investments in international Projects of Common Interest (PCI), such as ACON Smart Grids and Danube InGrid. These are primarily aimed at a smart grid’s construction in the Eastern European region, thus enabling a more extensive integration of decentralized electricity production into the grid, while maintaining a high supply quality and security. In addition, cross-border cooperation contributes to the improvement the European Union single energy market, which now significantly contributes to the stability of Europe.

New technologies will also be needed when storing electricity produced this way. One of flexible solutions for electricity storage is battery storage. For example, ZSE is planning to build large battery storage facilities as part of the ELSEA project, within which we are now applying for co-financing from European Union funds. Battery storage should make it possible to increase the system capacity to connect additional renewable sources.

Isn't investing risky in these difficult times? On the contrary, shouldn't it slow down or stop completely?

Both projects are being implemented with a substantial EU co-financing. It is true that without European grants, distribution grid renewal would have taken significantly longer. And as for the answer to your question - quite the opposite. We cannot be stagnating now, we must continue with our strategy aimed at energy sector decentralization and decarbonization – our energy system needs to become cleaner, less dependent from fossil fuels and more resilient. It is the war in Ukraine that is showing us the need to intensify this strategy. I’m convinced this war will further accelerate energy market decarbonization and will reduce the dependence on fossil fuels from Russia. But, let’s face it, the next two, three years will be very challenging on this way. 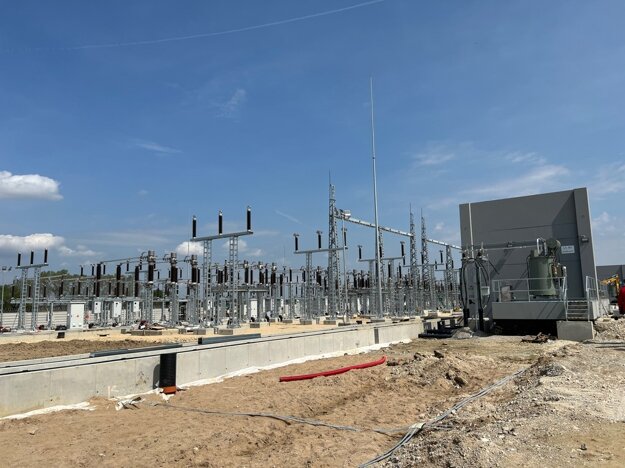 The construction of the new electric station Borský Svätý Jur should be completed by the end of the year. The electric station will increase the reliability of the electricity supply not only to existing but also to potential customers.

Hasn't the pandemic and the conflict in Ukraine put sustainability issues aside?

Climate change is one of the greatest global threats, while its impacts disproportionately burden the most vulnerable groups. Yes, we are in a period when the whole world is being tested by the pandemic like we have not experienced for several decades, and a war conflict, which we wouldn’t have believed could happen in the 21st century. However, we cannot turn our attention away from an at least equally serious challenge, namely climate change. The latest assessment report of the International Panel on Climate Change (IPCC) from 2021 warns that in many ways, the situation is even worse than we assumed. According to the IPCC, current climate changes caused by human activity are extensive and rapidly intensifying, and if there is no immediate reduction of greenhouse gases, our environmental security goals cannot be enough to exceed our impact. There is nothing to wait for. In our companies, we fully recognize our responsibility in the energy sector and are determined to be part of sustainable solutions. And, again, the less need for fossil fuels, the higher Europe’s energy independence.

We have become a partner of the initiative of German-Slovak Chamber of Commerce AHK Slowakei #PartnerForSustainability, the goal of which is to help better harmonize economic competitiveness with environmental and social responsibility and thus actively participate in building a path to our sustainable future.

This article has been brought to you by ZSE and VSE Holding.