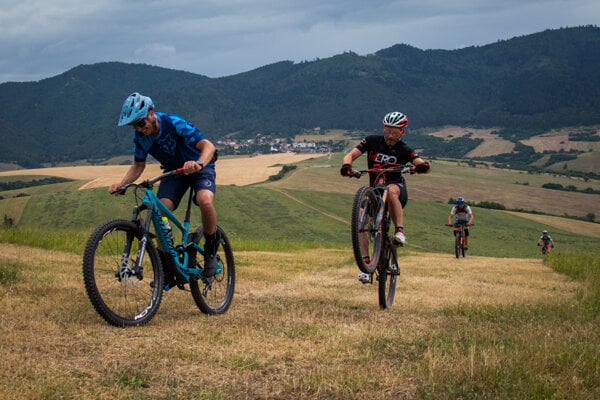 A new attraction has been added at Spiš Castle: a trail park has opened in the village of Žehra.

"At Trailpark Žehra, you can start a ride from the top of Kozia hora, from an altitude of 636 meters above sea level," said executive director of the Regional Tourism Organization Košice Region Turizmus Lenka Vargová Jurková, as quoted by the TASR newswire. "From this point, cyclists can choose whether to ride the lighter blue trail, also called Hradný flow, which runs for 1,650 meters. They can also dare to try a more demanding black trail, which is 730-metres long, and which will be extended to approximately 1,480 metres in the fall."

She added that the more demanding trail, called "Majky's enduro trail", was named after the initiator of the project, Miloš Kočiš,

As Kočiš, who is also the chairman of the Urban and Land Community Žehra, explained, the volunteers tried to copy the natural slope of the terrain and contours as much as possible during construction. At the same time, they designed the undulations of the terrain and the twists and turns of the track in such a way as to allow a smooth rise, varying alternating passages with different slopes.

"We overcame greater differences in height on the tracks with the help of banked turns and jumps, but if someone still thinks that it's difficult for them, all the obstacles can actually be bypassed," he added, as quoted by TASR.

According to Vargová Jurková, the trail park in Žehra is an example of how project ideas can be put into practice with the right enthusiasm and will. 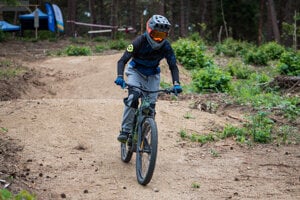 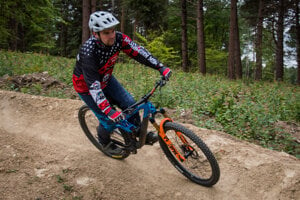 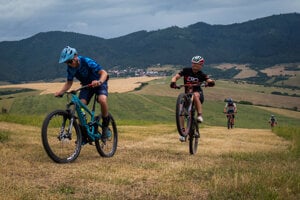 "Enthusiastic athletes connected to the man behind the project, Miloš Kočiš, spent days here working part-time, riding and training, to make their dream come true and to officially open a place with a soul in the beautiful wild of this region, near UNESCO world cultural and natural heritage monuments," she told TASR.

The ceremonial opening of the trail park included a tree planting, and local nature enthusiasts have already planted more than 1,050 trees in the area around the forest below Kozia hora since construction of the park began.

Trailpark Žehra is open non-stop to the public, but entry is at their own risk.