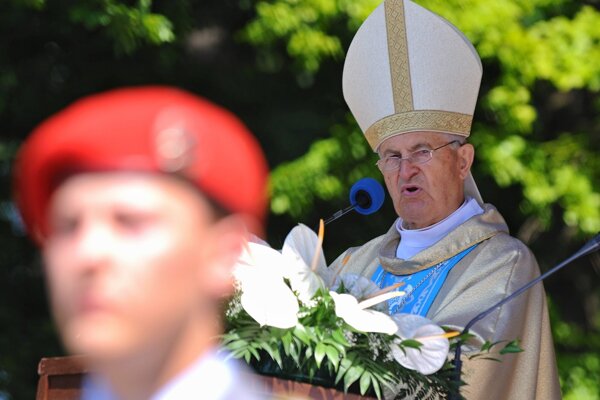 On Monday morning, Slovak Cardinal Jozef Tomko died in Rome. He was 98 years old, reported the press office of the Conference of Bishops of Slovakia (KBS).

He worked in the Vatican since 1945 and, after the death of Ján Korec, was the last living Slovak cardinal. As of last year, he was the oldest living member of the College of Cardinals.

Funeral services will be held in Rome and in the Cathedral of St Elizabeth in Košice. Further information will be provided by the KBS in the near future.

In the past, Tomko had an important position in the Vatican. Under Pope John Paul II he served as the prefect of the Congregation for the Evangelization of Peoples. He was also the president of the Pontifical Committee for International Eucharistic Congresses.

Jozef Tomko was born on March 11, 1924 in the village of Udavské in the district of Humenné. He started studying at the Roman Catholic Cyril-Method theological faculty of the Slovak University in Bratislava in 1943.

In 1945, Bishop Jozef Čársky of Košice sent him to study in Rome. After 1948, Tomko could not return to his homeland as the Communist Party of Czechoslovakia seized power. Since then, he continued his studies in Rome and served in various positions.

Tomko could come to Slovakia only in 1968, but during the time of the so-called normalization, his involuntary exile continued. He did not return until 1989. His appearance at the Slovak National Council session on April 21, 1991 was a historic event.

His literary work was also rich. Among other works, he wrote, for example, the study Meaning of St. Cyril and Methodius in Slovak Catholicism and Slovak History (1984), which he also published in English. He also published several books describing his missionary journeys on different continents.

In 2002, President Rudolf Schuster awarded him the Order of the White Double Cross, 1st degree, the highest state award.