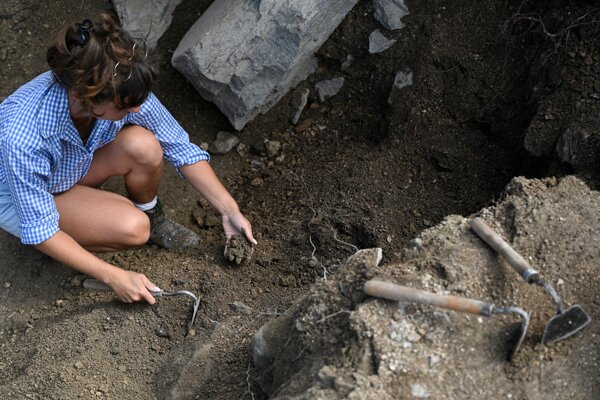 A coin minted at the end of the 17th century is just one of the finds archaeologists have made during research work at the Sivý Kameň castle ruins in the Prievidza district.

The coin, which was among other items including ceramics and a knife found in the area around the former castle gates, dates back to when the castle served as a prison.

The castle, which was built in the 14th century, is now largely ruins, but using old photographs, experts identified where the castle gate and a forecourt once stood and began to unearth what was left of the structure below ground.

Archaeologist Dominika Andreánska told the TASR newswire: "Structures that are still preserved under the ground are important to us, but, of course, finds in castles inevitably include tiles from kilns, ceramic remnants, be they kitchen or painted tableware, small metal objects, nails, and we were also pleased with the first coin." 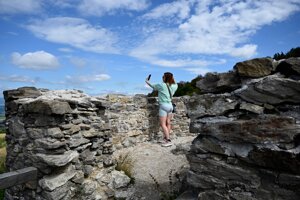 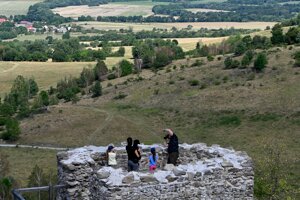 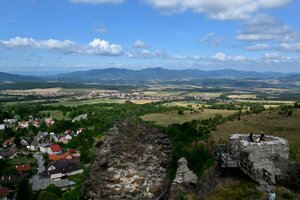 According to Andreánska, the coin is a denarius dating back to the time of Leopold I. Habsburg with a minting date of 1679, and produced at the Kremnica mint.

"It is interesting in that it dates from the end of the 17th century, when Sivý Kameň castle functioned only as an occasional prison, or was a ruin, because it was burnt down during the anti-Habsburg uprisings," she explained. 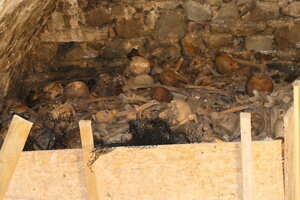 Research work at the castle is likely to continue for the next few years and once field work has been completed it is expected that some of the finds will be exhibited at the Hornonitrianske Museum in Prievidza which is also involved in the dig.

Sivý Kameň was built around the middle of the 14th century for use in governing properties on the left bank of the Nitra River. It was owned by the Majthényi family throughout the Middle Ages and into modern times, but suffered a similar fate to many other castles in Slovakia as the Majthényis gradually moved to mansions in Nováky. However, they always considered Sivý Kameň to be their ancestral seat, and used it as an ancestral archive.