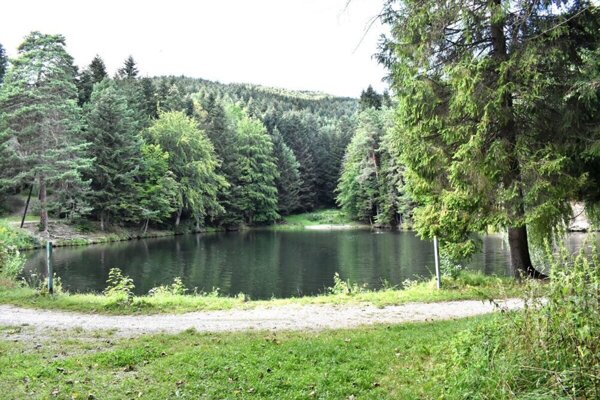 "If this were a paradise for vacationers, there would already be toboggans here," reads the tourist slogan at Turzovské Lakes in the Košice Region.

The Turzovské lakes near Gelnica are a little-known but interesting attraction in eastern Slovakia.

They once attracted the highest society of the Austro-Hungarian empire, who came because of the clean air which healed lungs, and the calm and peace that helped frayed nerves.

Water from the lake was boiled with pine needles and medicinal baths prepared with medicinal resins to help circulation.

"The city of Gelnica had a spa that was known and loved throughout the monarchy,” states author Ján Gašpar in the book Gelnica, history and present. “It was a climate and hydrotherapy institute, which was named Turzovské kúpele (spa), after the Thurzo family, former owners of Gelnický Castle. They located them two and a half kilometres northwest of the city, at an altitude of approximately 515 meters, at the end of the valley at the confluence of several streams flowing from the slopes of Krompašský (1,025 m) and Ostrý vrch (1,082 m). From 1760 there was an artificial water reservoir here, the waters of which powered hammers and a mill for crushing copper ore in the area of Slovak Guilds (Zechen)."