Conquer the longest cycling route in the Banská Bystrica region 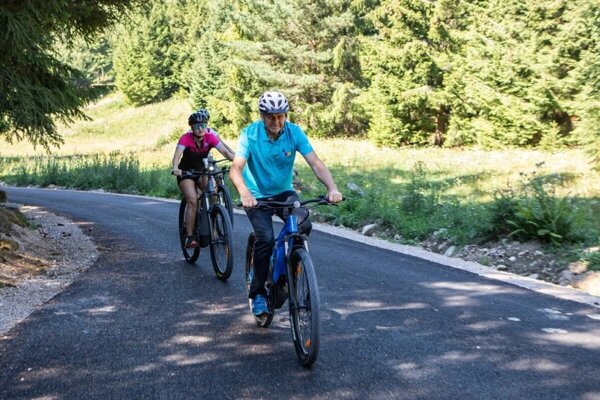 The route is almost 90 kilometers long and stretches from Telgárt through the Hron Valley to Bystrá.

In the Banská Bystrica region, lovers of cycling and active recreation can enjoy the Green Ribbon of Horehronie.

It is the longest cycling route in the region.

Initially, the route was only supposed to have a paved surface, but the maintenance of such a route would be difficult. That is why the region and the municipalities decided that an asphalt layer would be more suitable after all.

According to Róbert Machala, director of the BBSK road infrastructure and spatial planning department, a 2.4-kilometre-long section of the original road was reconstructed as part of the construction work, while a new section of the cycling path, approximately 1.2 kilometres long, was also added.