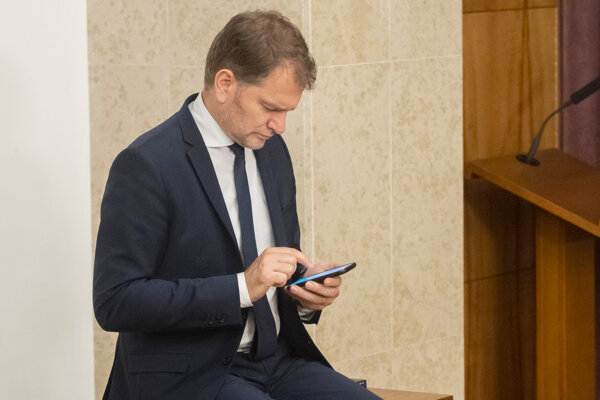 Welcome to your weekly commentary and overview of news from Slovakia. As time runs out, more creative solutions to the coalition crisis emerge from its members. Why foreigners choose Slovakia, and what Slovaks fear the most.

Matovič returns to what he does best

Slovakia’s ruling coalition has been suffering from a protracted terminal illness for which there seems to be no cure. Heatwave after heatwave, one slow-news week after another, the patient is expiring, though not for lack of creative ideas about how to resuscitate it.

One month ago, the Freedom and Solidarity (SaS), which now also includes most of the former Za Ľudí caucus (which now numbers only four MPs), issued its ultimatum to the rest of the coalition: either Igor Matovič goes, or we do. As summer draws on, it is becoming ever clearer that the latter outcome is the more likely.

If this were not Matovič-era Slovakia, many of the minor events of the past month could be filed under “politically bizarre”. But, like it or not, the Matovič era is the one we currently live in, and occurrences like the following, to name just a few, are now “normal”: only days after SaS announced its ultimatum, its leader, Economy Minister Richard Sulík, stood side by side with Finance Minister Matovič at a press conference announcing the latest big automotive investment in Slovakia, making it perfectly unclear for ordinary folk what all the talk of crisis was really about. Then there was the idea that Christian fundamentalist MPs from the ultra-rightwing Life party could preserve the coalition’s majority even if SaS were to leave – though that kind of evaporated after two of them, Kuffas senior and junior, were presented with criminal charges for practices that make you wonder if the kind of mafia that Matovič keeps going on about is really the only kind.