Disiformation outlets are back, prompting no response from state

Some have been back for more than a month. 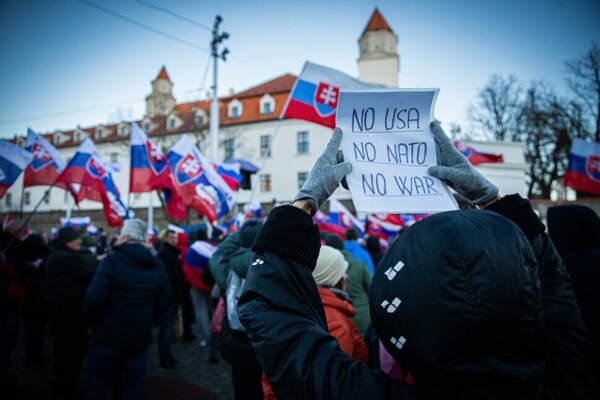 Protest against NATO and the US in front of the Slovak Parliamentary building on February 2, 2022. (Source: Sme - Marko Erd)
Font size:A-|A+  Comments disabled

More than a month has passed since the websites have become available again and will most likely remain so. Actually, the NBÚ could find reasons for their blocking again.

The Sme daily analysed whether the content of these websites changed in any way after unblocking, focusing on how they report on the war in Ukraine, as it was the Russian invasion that led the state to stop publication efforts. 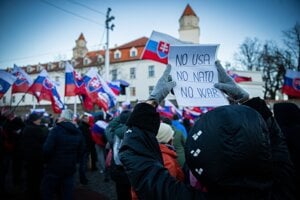 When the mainstream media do report on the war, they handle the information with particular caution. They try to verify it or at least mention that the information cannot be independently verified. In a war, each warring party employs propaganda and keeps its failures under wraps, or downplays them.

However, the Armádny magazín website draws information exclusively from Russian and pro-Russian sources, makes no verification or comparison with the other party's information. The war is seen only from the Russian point of view, and the vocabulary used corresponds with it.