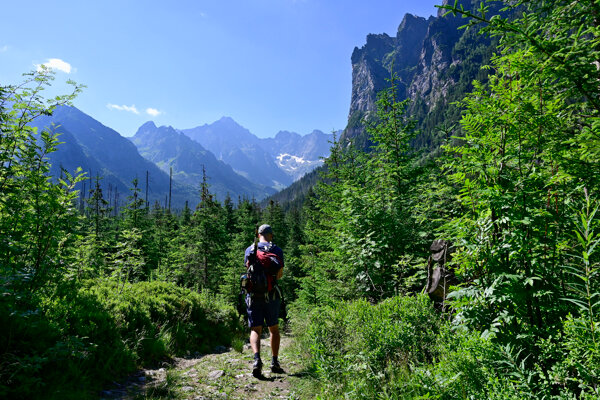 In a single day, more than 23,000 tourists and cyclists passed through the alpine environment of the Tatra National Park (TANAP), according to the results of a census carried out by park employees last week.

This year, the most visited place is Hrebienok, an important tourist and skiing centre at the foothill of Slavkovský štít peak, trumping mountain lake Popradské pleso in the number of visitors after two years. In addition to Slovak, Czech and Polish, Spanish, French, German and Hungarian languages could also be heard. 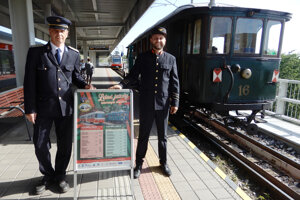 The most visited places

On the day of the count, Thursday August 4, more than 2,700 people took the cable car from Starý Smokovec to Hrebienok. Another 1,220 tourists went on foot and 37 used bicycles. Eleven dogs were also spotted.

"To compare, last year a total of 3,818 tourists visited Hrebienok, 63 more went from Starý Smokovec on bicycles. Twelve dogs were also registered at the location," said Martina Petránová from TANAP.

As for mountain peaks, Rysy stayed on the top of the list with 1,188 tourists from both Slovak and Polish sides of the High Tatras. Last year 819 people chose the peak as the destination of their hike. Kriváň was visited by 566 people, last year it was 434

"Rysy also leads in the statistics of four-legged visitors. The peak was conquered by three dogs, two made it to Kriváň," Petránová added.

In the Western Tatras the valley of Roháčská dolina placed at the top again with 1,182 visitors, 52 cyclists and 17 dogs on the day of the census, followed by Tichá dolina.

The valleys in the Liptov region were visited by 724 tourists on foot, 107 cyclists, and 31 dogs. Just like last year, the most favoured was Žiarská dolina. 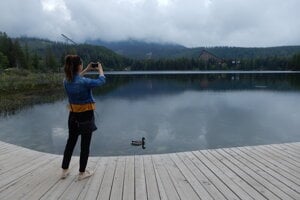 The number of visitors in the alpine environment have been recorded in the oldest and largest Slovak national park since 1972.

In the half-century history of the census, the year 2020 saw the highest number of visitors passing through the alpine environment in a single day. At that time, 30,232 people were counted.

Last year, 22,437 visitors passed through the territory of the national park on the day of the census.