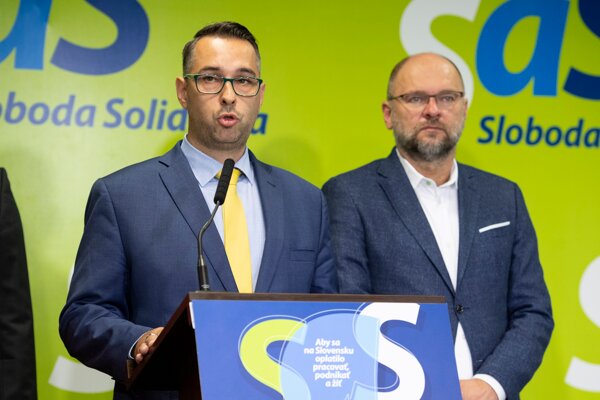 Freedom and Solidarity (SaS), a party that left the coalition in early summer amid a political crisis, has submitted a constitutional bill on adequate financial security in old age to the parliament.

The government promised to introduce the constitutional law that would concern the pension system and new basic rules for its management in its programme declaration when it took power in 2020.

The SaS and experts began to work on the bill last year, but the party curbed its efforts earlier this year following the promises of its then coalition partners, that the parliament would pass similar basic rules in the first reading together with a so-called parental pension before the summer.

“No progress has been made,” SaS chair and Economy Minister Richard Sulík said at a press conference on August 8.

The parliament then solely passed on the parental pension proposal, which is part of another pension-related legislation, to the second reading. Retired parents should receive higher pensions thanks to their working children, according to the proposal. The parliament is expected to vote on it in September.