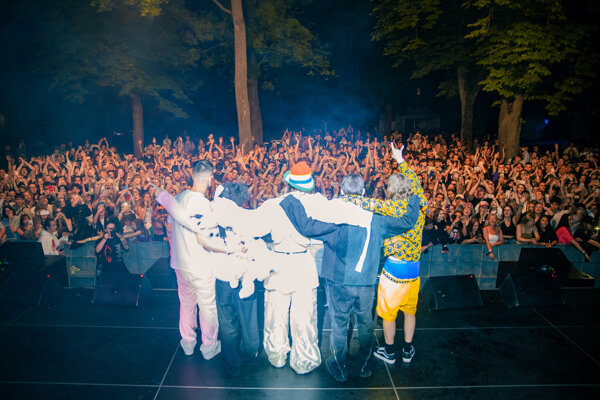 First, it was fashion. Then came the music.

Although many think it was the other way around, WELOVEVERYSIMPLE was first a small fashion show in Michalovce, a small town halfway between Košice and the border with Ukraine.

Today though, WELOVEVERYSIMPLE (also known under the WLVS acronym) is a collective group of young rappers, singers, and producers from eastern Slovakia, performing music which is a mixture of hip-hop, rap, R&B, and soul.

The collective, which is due to appear at the Grape Festival in Trenčín on August 12, has a big following among teenagers and younger people - "even up to 30 years-old", says Martin Dani, WLVS manager - especially in the east of the country where their concerts pull in big crowds.

From Michalovce to Košice

Since 2016, they have been playing an annual gig at the Kulturpark contemporary culture centre in Košice, the latest of which last month was attended by more than 1,000, mostly young, people.

WLVS was born out of a music trio named KHANS consisting of singer Saul, producer Nuri, and the rapper Nicholas Naison. The trio are the founding members of WLVS.

“These three were gradually joined by other performers from eastern Slovakia, such as rappers Taomi and WEN, producer Hujdy and the latest member is the rapper, Porsche Boy," explains Dani.

The musicians are all originally from the Michalovce region and the surrounding area. 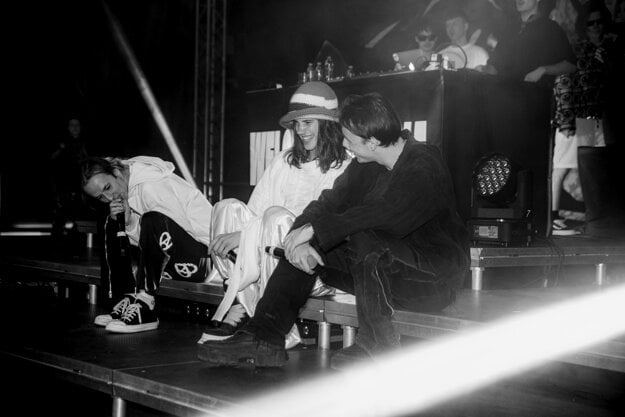 “We put on our first open-air show in 2020, during the Covid pandemic, and even with all the regulations in place, about 600 people came. Last summer, WLVS performed in Edison Park, Bratislava, and the attendance was pretty much the same,” Dani noted.

This year they decided to play only one open-air event -WLVS LIVE 003 in Košice in July. The preparation for the show took about two months of intensive work, and included a custom stage statue created by Slovak art designer and a tattoo artist Oliver Mušinka.

As well as a nod to the collective's fashion roots with the @uglyfluffstuff fashion brand preparing a set of handmade crocheted clothes., the show included Taomi performing yet to be released work, as well as popular hits among fans such as “LEITO” and “Smej Ma”. 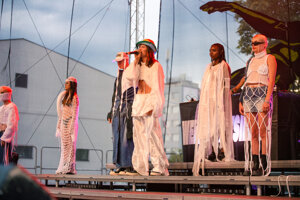 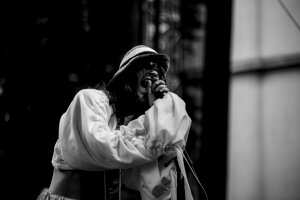 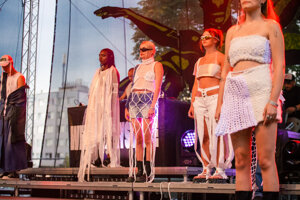 WEN, a young rapper from Michalovce, also played hits including "Para Siempre'' or "B. Blanco'' off his newest album Tiene Svetla: Chapter 2 which came out earlier this year.

Meanwhile, Porsche Boy's dynamic performance included songs from his rap album Z domu preč, while Nicholas Naison and Saul also took to the stage. The latter, known as the Slovak "The Weeknd”, performed his greatest hits, mainly from his 2020 album Niekde v oblakoch.

The popular DJs, and members of the WLVS crew, Hujdy, and Nuri, kept the concert going, while there were special guest appearances by the likes of Czech rapper Hasan, Slovak musician Shimmi, whose new album YO was released last month, and Zayo, a member of the HAHA Crew rap group. 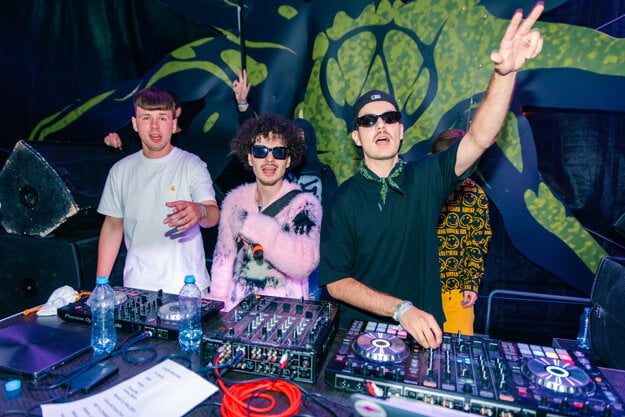 WLVS is due to appear at the Grape Festival in Trenčín on August 12.

WLVS LIVE 004 is planned for mid-July 2023 at Kulturpark in Košice.

Individual members of WLVS: Saul will perform at the Flaam festival in Nitra, and Porsche Boy has several bookings at the end of August in Nitra.