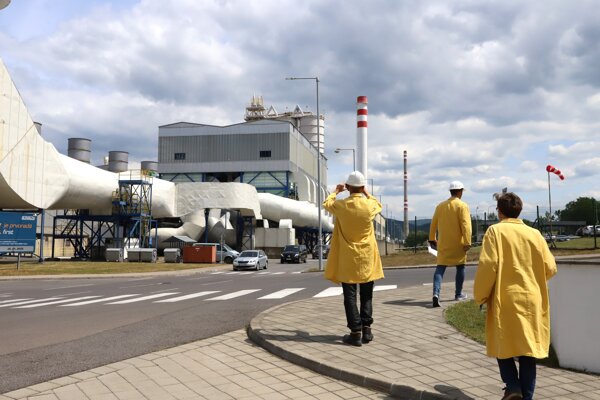 Slovak economy continued to grow in the second quarter of this year, despite the war in Ukraine, but still has not reached the pre-pandemic level.

“It was short of 0.2 percent,” the Statistics Office said about the current GDP values, which almost reached the 2019 figure in the second quarter of 2022.

The economy grew by 1.7 percent year on year and 0.4 percent compared to the previous quarter.

Domestic demand remains to be the driving force behind the growth of Slovakia’s economy.

“Households have not significantly limited their spending so far,” said Matej Horňák of the Slovenská Sporiteľňa bank.

They also drew on their reserves created during the pandemic, he added.

The decrease of foreign demand continued. Nevertheless, the drop was lower than in the first quarter.

Horňák noted the current crisis tied to the lack of components and rising input prices, including energy prices, keeps on affecting industry and foreign trade more significantly than households. 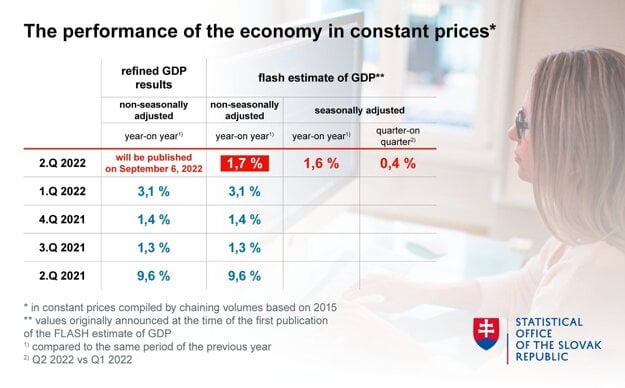 “Lower production is indicated by a decrease in the consumption of (expensive) electricity,” pointed out macroeconomist Michal Lehuta of VÚB bank.

Car manufacturing, the most important industrial sector in Slovakia, reported yet another fall in the second quarter of 2022. Wholesale trade, retail trade and warehousing and support activities for transportation affected GDP positively, though.

Horňák noted that climate change, including recent droughts, may also influence the flow of products or electricity production from water. Though the impact of climate change is unknown, it increases uncertainty on the markets, he added.

Foreign demand is also shaped by the news about an economic slowdown around the world, including the EU and the USA, which can however lead to lower prices and lower inflation.

“Considering the two quarters with a better than expected performance of the economy, we expect growth of the Slovak economy at the level of 2 percent year-on-year this year,” Horňák said.

Lehuta is less optimistic, pointing to the decreasing consumption of households in the third quarter due to rising prices, problems in industry, as well as a potential shortage of gas.

Therefore, he expects a mild recession in the second half of 2022.

“If the flow of gas were to stop completely, this recession could reach much larger dimensions,” he said. “At the same time, employment could also decrease slightly.”

Employment increased year on year by more than 2 percent in the second quarter of this year, chiefly thanks to Ukrainian refugees.