Swinging with a view over wild poppies. This meadow will enchant you

An Instagrammable place where you will learn something new. 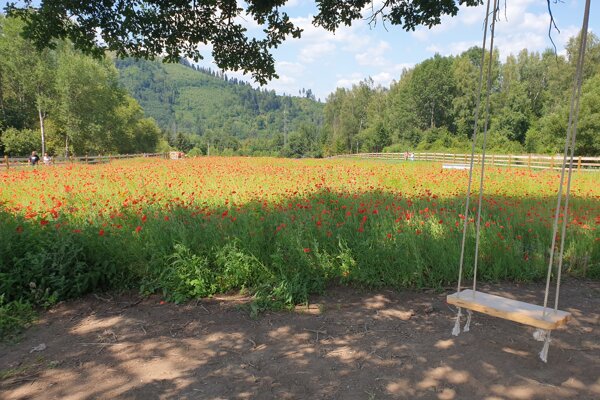 A combination of diverse nature and imaginative works of art: this is how one could briefly describe the tourist attractions that are worth a trip to the northern-Slovak region of Kysuce.

"We aim to connect the beauty of our nature, traditions and the art of the old masters, whose work represents the spiritual wealth of our ancestors," says Matej Šimášek, director of the regional tourist organisation OOCR Kysuce. "In the past, tinkers, stonemasons, and carvers advertised Kysuce with their work. Today, local academic artists continue in their footsteps, presenting topics unique to us. We believe that in connection with our natural wealth, their works are the best advertisement for visiting our region."

This region is known as the region of small villages and settlements. The villages are scattered in the valleys and you can find several lone-standing houses even in the most inaccessible terrains. In addition, observation towers and works of art have mushroomed here in recent years, and even today new ideas are being added that will enrich your hike or walk with the family.

Artworks in the nature

The Kysuce region is well-known for its cross-country trail, named Beskydsko-Javornícka Magistrála, which connects the Czech Republic and Slovakia, stretching across some 50 kilometres on the Slovak side.

The trail is not only appealing in winter. Cyclists and hikers use it as soon as the winter weather frost recedes. The trails lead across the main ridge and they do not solely offer views over the surrounding nature, but attentive hikers will notice sculptures on the hiking trails. Some could be found near the village of Zákopčie.

There are several routes leading from this village to the ridge of the Javorníky mountains. We chose Zákopčie, Majer as our starting point and headed to Petránky along the blue mark. From Petránky, it is really close to Marťákov Hill, with a lookout tower designed by Slovak architect and builder Stanislav Mikovčák, whose work could also be found above Strečno village and castle at Špicák Hill, on Bobovec Hill, or above the calvary in Krásno nad Kysucou. That is where we are headed next.

The lookout tower has a typical stony base and wooden roof on top. It offers panoramic views of the Veľký Rozsutec mountain peak, nearby Veľká Rača, which serves as a ski resort in the winter; but it is possible to see to the Czech Republic – Lysá Hora in the distance.

From the lookout tower, it is possible to reach the statues of Potvor, Skamenelina and Kameňovník in a few dozen minutes.

"People need to surround themselves with beauty, to be near it," says Zuzana Sýkorová, curator of the Kysucká Gallery in Oščadnica. "Perhaps this also results from the combination of natural beauty and works of art that we encounter on hiking or cycling routes. For many, these are unexpected encounters, perhaps even more magical."

On the way back, you can return by the same route or choose one of the many paths that will take you either back to Zákopčie or you can go to the nearby villages of Ochodnica or Nesluša.

Gallery in the midst of a forest park

We continue to Oščadnica and its Kysucká Gallery, located in a mansion surrounded by a forest park.

In addition to temporary exhibitions, which change approximately every two months, on the ground floor and in the attic of the mansion, visitors should definitely not miss the permanent exhibition called the Twelve, says curator Zuzana Sýkorová.

"The exhibition briefly presents the work of twelve authors who were involved in the creation of the gallery, through the key works of their work, found in the gallery's collections," says Sýkorová.

The manor house and the surrounding forest park with an area of three hectares are a cultural national monuments. Sýkorová advises paying attention to the rare trees, picturesque nooks, and especially the (NON)PERMANENT EXHIBITION, which was gradually created on the basis of the International Sculpture Symposia.

"The form [of the exhibition] changes in a natural way over the decades, as sculptural works mainly created from natural materials exposed to demanding climatic conditions are subject to the process of extinction in order to be replaced by others," Sýkorová explains its title. 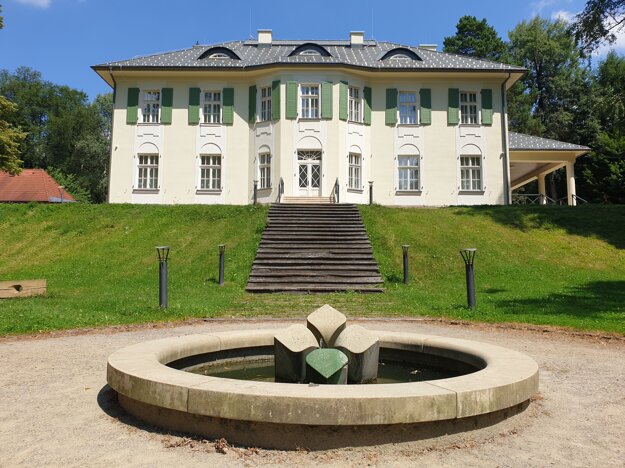 The meadow that will enchant you

About a kilometre from the Kysucká Gallery, there is a newly created attraction for visitors - the Magic Meadow. It covers an area of approximately 8,000 square metres and is divided into several sectors according to colour and use. You can walk through it, get to know the flowers, take a picture, or relax. The entrance fee is voluntary.

The creators of the meadow, gardeners from the nearby garden centre Zahradnici.sk, say that one of the reasons why they decided to build the Magic Meadow is to attract more people to nature and make the location itself more attractive. In the future, they would like to make more use of the planted lavender. In the coming years, they plan not only to collect the lavender but to process it into various products as well.

Another goal is to educate. "In the area, people can see not only the beautiful colours of the flowers, but learn more detailed information about the dozens of different herbs," explains Marián Kucharčík, director of the garden centre Zahradnici.sk.

"Many times people regularly consume them and do not know their medicinal effects and that it is not at all difficult to grow them at home. Naturally, bees also belong among flowers. In addition to these goals, we also want to help beekeeping and place beehives next to the meadow next year."

At the time of our visit, the sector with red poppies was the most prominent. "Since the meadow is large, it is divided into several sectors," explains Kucharčík. 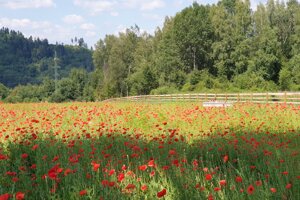 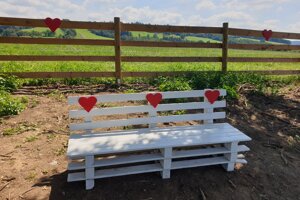 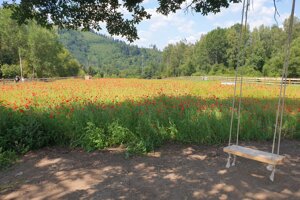 Some sectors will need more time for the planted plants to grow into beauty. Kucharčík adds that lavender needs at least one more year, as does the annual meadow that will turn into a honey meadow over the course of the year. The yellow sector will be changed and the gardeners there are planning something new for the next year after the mustard.

"We are also trying to make the area more attractive with decorations, and even here we still have a lot of work and plans ahead of us," says Kucharčík. In the area there is, for example, a bicycle, a bench, pallet seating, or a swing hanging from a tree.

When choosing plants, the gardeners were limited by the Kysuce climate. Kucharčík says that even with the lavender itself, they had to keep in mind the more demanding submontane conditions.

"Most varieties wouldn't do it, or only with great difficulty, so we chose Hidcote medicinal lavender," he says.

Calvary with a lookout tower

It is hard to leave the Magic Meadow, but there is the last stop ahead of us – calvary in Krásno nad Kysucou with a lookout tower. After we reached the town, we took the direction to the village of Dunajov. Some 200 metres after the bridge close to the town centre you cross the railway crossing and turn right. After a few dozen metres you will reach the parking lot where the route to the calvary starts. The hike takes about half an hour along a trail covered with gravel that takes you to all 14 stations. Grazing sheep may await you near the peak.

The lookout tower is only steps away from the last station. Leave the forest in the direction to the hill and there suddenly a lookout tower appears, designed by Stanislav Mikovčák. The work of this architect was also the reason why hiker Lukáš Holzer decided to visit this lookout tower. 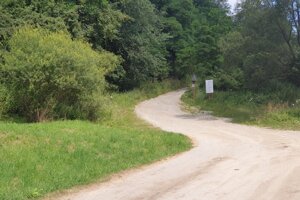 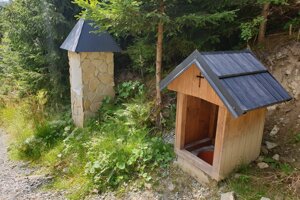 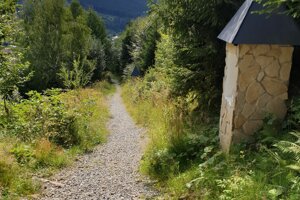 "When planning trips, I'm always drawn to places that have symbolism and precious history," says Holzer. According to legend, a watchtower stood in the location in the past. The project creators clearly write that this new landmark is a symbol of the earth's connection to the sky, a symbol of the future that we see in our children; but also offers a beautiful insight necessary for human relations.

There are benches on the route to the lookout and you will find a spring where you can refresh yourself. A time capsule is built into the foundations of the observation tower. In addition to coins and newspapers from 2020, the year the tower officially opened, as well as letters from the mayor and the architect, future generations will find a mask to symbolise the time the lookout tower was constructed.

The article has been brought to you thanks to a partnership with the Žilina Tourism Region - www.zilinskyturistickykraj.sk.
Implemented with the financial support of the Ministry of Transport and Construction of the Slovak Republic.