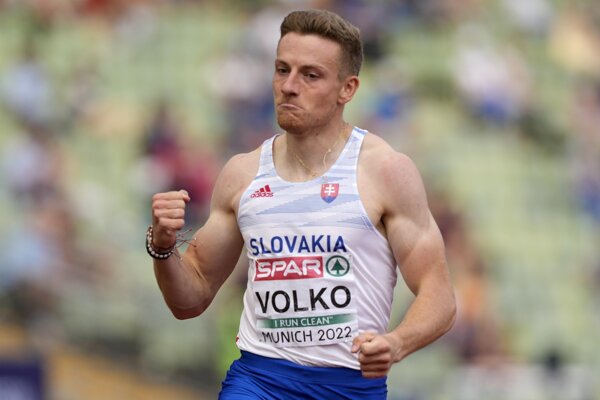 Slovak sprinter Ján Volko made Slovak athletics history at the European Championships in Munich, finishing just outside the medals in the 100-metres finals.

No Slovak had ever run in the finals of the event at the European Championships before Volko, who finished with a time of 10.16 seconds. Italian sprinter Marcell Jacobs took gold with a time of 9.95 seconds.

Volko had equalled his own Slovak record of 10.13 seconds in the semi-finals.

"This potato medal [a Slovak expression used for the 4th place - ed. note] is worth a gold one to me. I wasn't far off a medal, but that was the way it was supposed to be today and I'm very happy with [my result]," said Volko after the race.

"Just reaching the finals was a success. I enjoyed challenging with the best. We did our best, I can't ask for more."

Four years ago Volko had finished 13th at the European Championships in Berlin.

Volko has previously taken the full set of medals in the 60-metre sprint at European Athletics Indoor Championships.: he won silver in Belgrade in 2017, gold at Glasgow in 2019, and bronze in Torun last year.