But Finance Minister Matovič's "historic offer" is much less than they demanded. 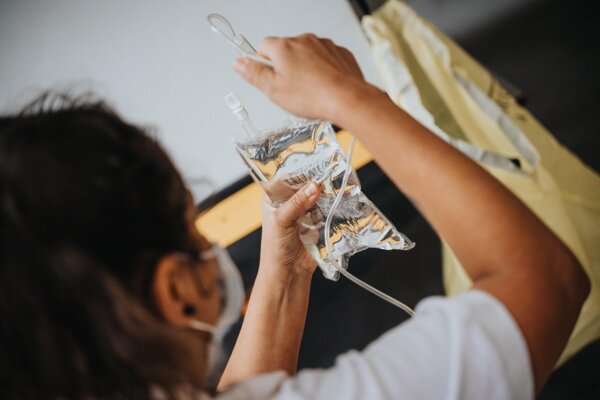 After weeks of negotiations with the unions representing nurses, Finance Minister Igor Matovič (OLaNO) has announced a proposal to increase their salaries. While Matovič is calling it a "historic increase", in reality it falls far short of nurses' demands.

Together with Health Minister Vladimír Lengvarský, the finance minister proposes to increase the minimum wage for nurses, with an additional salary increase of 0.01 times of the average salary for each additional year of professional experience, up to 20 years of experience.

Together with the planned automatic salary valorisation for the new year, the gross monthly salary of a starting nurse would thus increase from the current €1,008 to €1,133. Nurses with 20 or more years of experience should get a gross salary of €1,359. Currently, years served in the profession are not taken into account.

"It's not what we asked for. We wanted the salary to be increased by 40 percent, but this proposal increases salaries by about 11 percent for starting nurses, and only the longest-serving nurses, where the increase is 35 percent, will come close to our request," said the president of the Slovak Chamber of Nurses and Midwives, Iveta Lazorová.

Matovič called his proposal a "public offer", to be assessed by the nurses' union, led by Monika Kavecká. But Kavecká is also an MP for OĽaNO, the party that Matovič leads, and therefore faces a conflict of interests.

If it gets the green light from the union, the proposal will still need to be passed by parliament. Despite the coalition crisis and the imminent departure of Freedom and Solidarity (SaS) from the government, raising salaries would find support in the party, according to SaS MP Jana Bittó Cigániková, who heads the parliamentary health committee.

"I can't imagine which MP would not raise their hand to deal with the situation of nurses," she said.