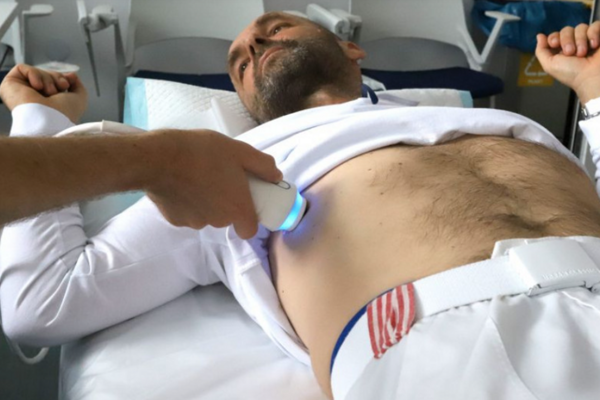 Slovaks still tend to see liver cirrhosis exclusively as a disease of alcoholics. The expert, however, said it is a myth. (Source: TASR)
Font size:A-|A+  Comments disabled

Cirrhosis, sometimes referred to as end-stage of liver disease, is one of the most common death causes in Slovakia.

Often it's Slovaks at a productive age who die of this disease.

According to a 2020 study published in Lancet, a scientific journal, Slovakia even belongs among countries with the highest incidence of cirrhosis in the world, alongside a number of other Central and Eastern European countries.

"Liver disease develops over several years, and because it doesn't hurt at all, a person with 10-year cirrhosis can feel the same as a person without the disease," said Ľubomír Skladaný, president of the Slovak Hepatology Society.

Slovaks still tend to exclusively see cirrhosis as a disease of alcoholics. The expert, however, said that it's a myth.

"It's increasingly caused by non-alcoholic fatty disease, which is a direct consequence of the current lifestyle - a lot of unhealthy food and little exercise," Skladaný added.

In an attempt to prevent new cirrhosis cases from arising, the Slovak Hepatology Society and the biggest hospital in Banská Bystrica have launched the SIRIUS initiative, under which people can undergo a free-of-charge and quick liver screening.

The goal of the screening is to detect liver fibrosis, which is the initial stage of liver hardening, and to prevent the development of the disease in the affected person into the stage of cirrhosis, when the liver ceases to fulfill its function, through early treatment and lifestyle changes.

The painless screening is intended for everyone and lasts about 30 minutes.

It consists of learning more about a person's medical history, taking a drop of blood and elastography, which is the most modern way of determining the stiffness of the liver.

If the disease is detected in the examined person, they will receive a "green card", which guarantees them an examination at the nearest hepatology clinic.

The next screenings will take place in Podbrezová (September 6) and Hronec (September 13) in the Banská Bystrica Region. Other towns should follow.