Britain showed her how to honour veterans. Now she’s spreading the word

Marta Majerčík encourages Slovak people to celebrate their own veterans. 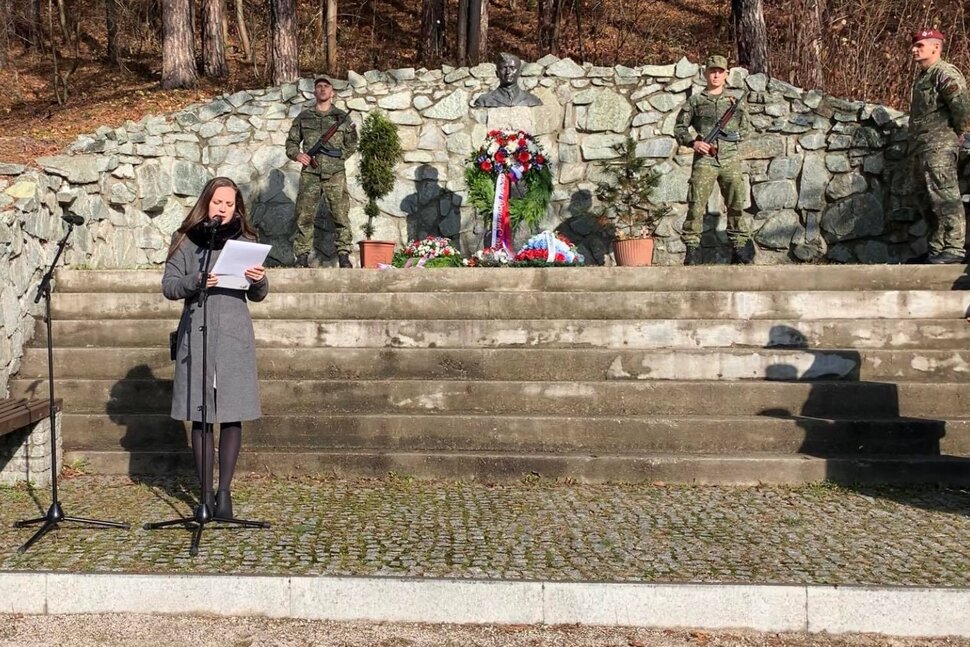 When Marta Majerčík was a little girl, she often climbed a ladder to explore the secrets of her grandfather’s suitcase in the attic.

Her grandfather, Pavol Remiš, was a veteran. As a soldier, he took part in the 1944 Slovak National Uprising (SNP) and fought the Nazis until he was captured and sent to a camp on the French-German border.

Rarely did he share this chapter of his life with his family.

In Majerčík’s family, the uprising has always been seen as an heroic act. The history of World War II has, moreover, grown into a major passion for this 40-year-old Považská Bystrica native, along with her love of dancing.

“I’ve been a huge admirer of Jozef Gabčík for a long time,” she tells The Slovak Spectator in a telephone interview.

Gabčík was a Slovak soldier in the Czechoslovak Army who, in 1942, famously assassinated Reinhard Heydrich, the senior Nazi who, during the Second World War, controlled the territory of what is now the Czech Republic. For this special operation, dubbed ‘Anthropoid’, Gabčík and others underwent paratrooper training in Great Britain.

Majerčík herself worked and lived in England a few years ago. She regularly returns there.

During her time in the UK not only did she explore Gabčík’s time there: her passion for history also led her to the discovery of the Memorial Association for Free Czechoslovak Veterans, a small British non-profit organisation.