As Britain farewells Queen Elizabeth, its curious character is on full display

Democracy has its limits. 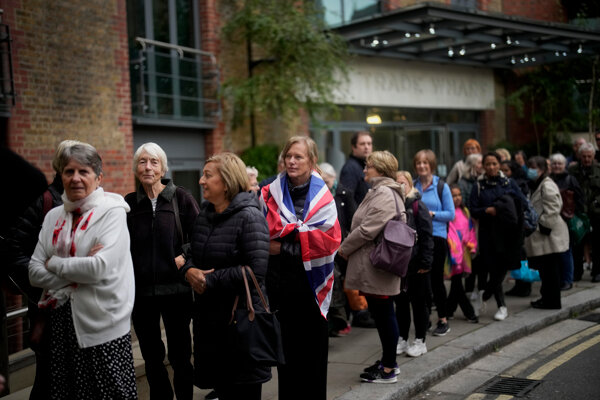 So here’s the thing about the royal family: I can’t really explain it.

Whenever I am asked by Slovaks about the Queen, and Britain’s whole constitutional system, it seems – but perhaps I am flattering myself here – that they genuinely expect me to give them some sort of sensible answer.

What could explain the sight of six former prime ministers (and the current one, just four days into her job) gathering, along with scores of other dignitaries, in an ornate, airless room on a Saturday afternoon to bellow “God Save the King!”? Or prompt thousands of people to stand in a miles-long queue for hours or days on end to walk past the coffin of someone they have never met?

British people have acquired something of reputation in these parts for being rational and strait-laced – a cliché we play up to when it suits us – but the fact is that Britain is a rather weird place.

Despite having more or less invented globalism and modernity – recall that the English overthrew their king a century and half before the idea dawned on the French – and having achieved democracy in a series of crab-like manoeuvres, while somehow avoiding revolution for almost 400 years, the British remain strikingly ambivalent about many of the ideas that have accompanied these trends elsewhere.