The other two were dismantled due to dilapidating conditions. 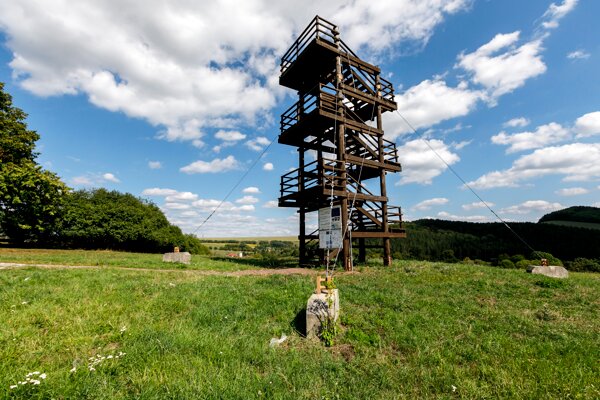 As part of implementing the cross-border cooperation project between Slovakia and the Czech Republic 2007-2013 Let's Look Over the Border From Above, three tourist lookout towers were ceremoniously opened on December 16, 2009. The construction cost €195,576: two lookouts in the Slovak part, Hrajky near Turá Lúka and Poľana in Brestovec; and the one on the Czech side of the border, the Dráhy lookout in the Moravian mountains of Javorník.

These three lookout towers were built with significant financial support from EU funds: €166,239 from the total amount.

Of the three lookouts one remains standing as of August: the Hrajky tower near the village of Turá Lúka.

The Drahy lookout tower on the Moravian side near the village of Javorník was the first to be dismantled. In good weather, Buchlov Castle could have also been seen from it.